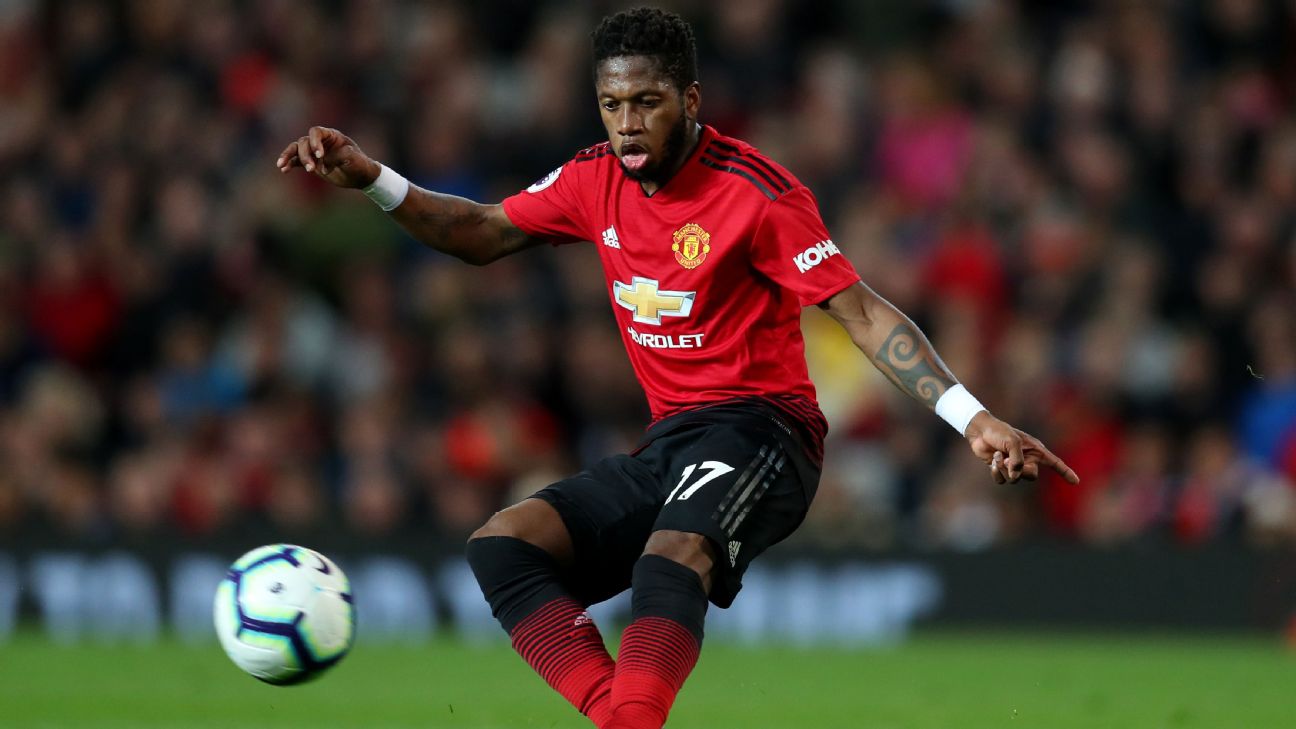 Television images circulating on social media showed a Manchester City fan making a gesture in front of United’s Fred during the Premier League game. The player also appeared to have been struck by at least one object.

“Unfortunately, we are still in a backward society. [It is a shame] we still have to live with that in 2019. On the field, I didn’t see anything. I saw it only in the locker room afterwards,” Fred told ESPN Brazil.

“The guys showed me. He even threw a lighter and it hit me. I try not to care about that. I try to look ahead.

“Unfortunately, this is happening in some stadiums. It happened here, it happened in Ukraine with some friends. It’s sad, but we have to keep our heads up and forget about that. We can’t give them any attention because that’s all they want. I spoke to the referee after the match, they will do something about it and that’s all.

“We are all the same regardless of skin color, hair and gender. We came from the same place and we all go to the same place when it’s all said and done. Thank God I have a lot of friends here in the locker room who hugged me, like Lingard. I don’t want to think about it. I just want to move on.”

Manchester City said they were investigating a fan for the incident, releasing a statement saying: “Manchester City FC are aware of a video circulating on social media which appears to show a supporter making racial gestures during the second half of the match against Manchester United this evening,” the club said.

“Officials from the club are working with Greater Manchester Police in order to help them identify any individuals concerned and assist with their enquiries.

“The club operates a zero tolerance policy regarding discrimination of any kind, and anyone found guilty of racial abuse will be banned from the club for life.”

“I’ve seen it on the video, it was Jesse and Fred and the fella must be ashamed of himself. It’s unacceptable and I hope he will not be watching any football anymore.”

Anti-racist campaign group Kick it Out said on Twitter that they had received a high number of complaints about incidents at the game.

“We have been inundated with reports of alleged racist abuse from a number of individuals during this evening’s Manchester Derby,” said the group.

“We will be contacting both clubs to offer our support and hope swift action is taken to identify the offenders.”

Information from Reuters was used in this report.