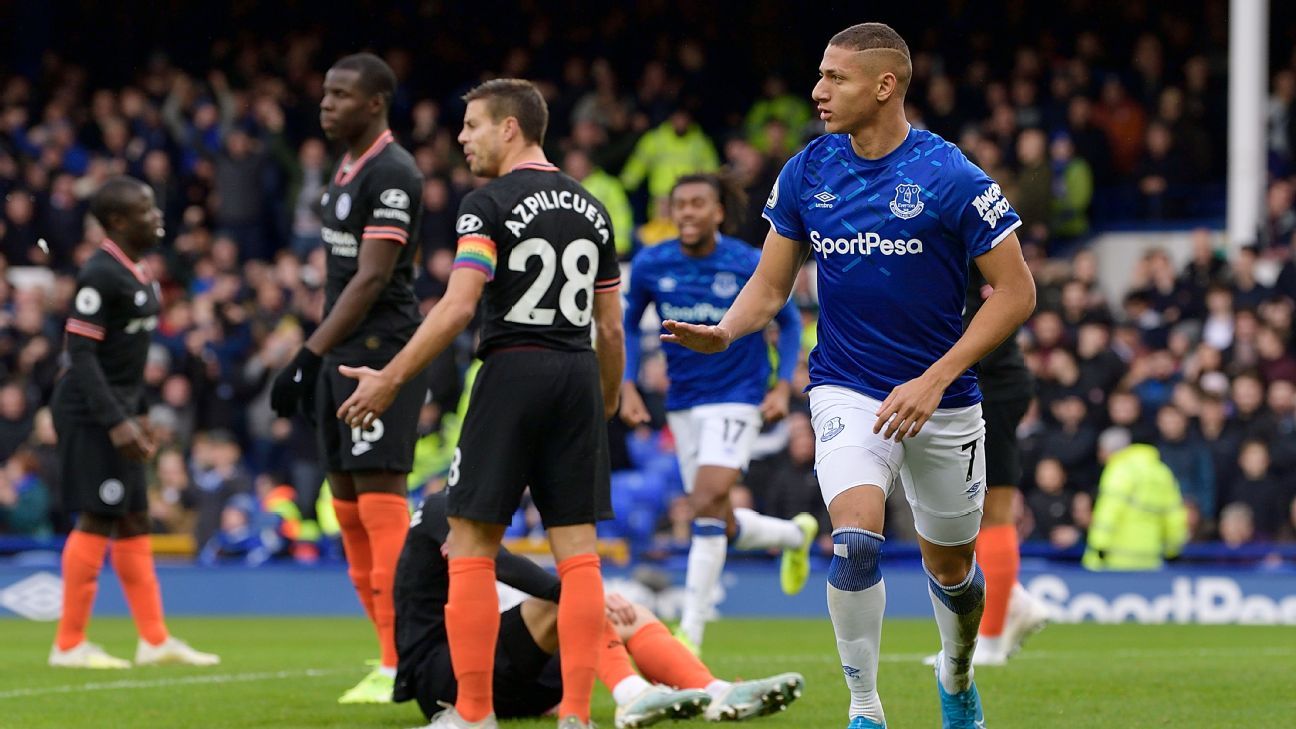 Everton lifted themselves out of the Premier League relegation zone on Saturday with a surprise 3-1 home win over Chelsea.

The Toffees doubled their lead through Dominic Calvert-Lewin four minutes into the second half, but Chelsea were quick to respond as Mateo Kovacic netted a precise volley three minutes later to bring the visitors back into the game.

Calvert-Lewin stabbed home his second and his team’s third with seven minutes remaining, however, to secure all three points and snap Everton’s three-match losing streak. The win saw the home side rise to 14th in the table ahead of the rest of the weekend’s fixtures.

Meanwhile, the result marked a second defeat in seven days for Chelsea, whose victory against Aston Villa on Wednesday followed last weekend’s loss to West Ham at Stamford Bridge.