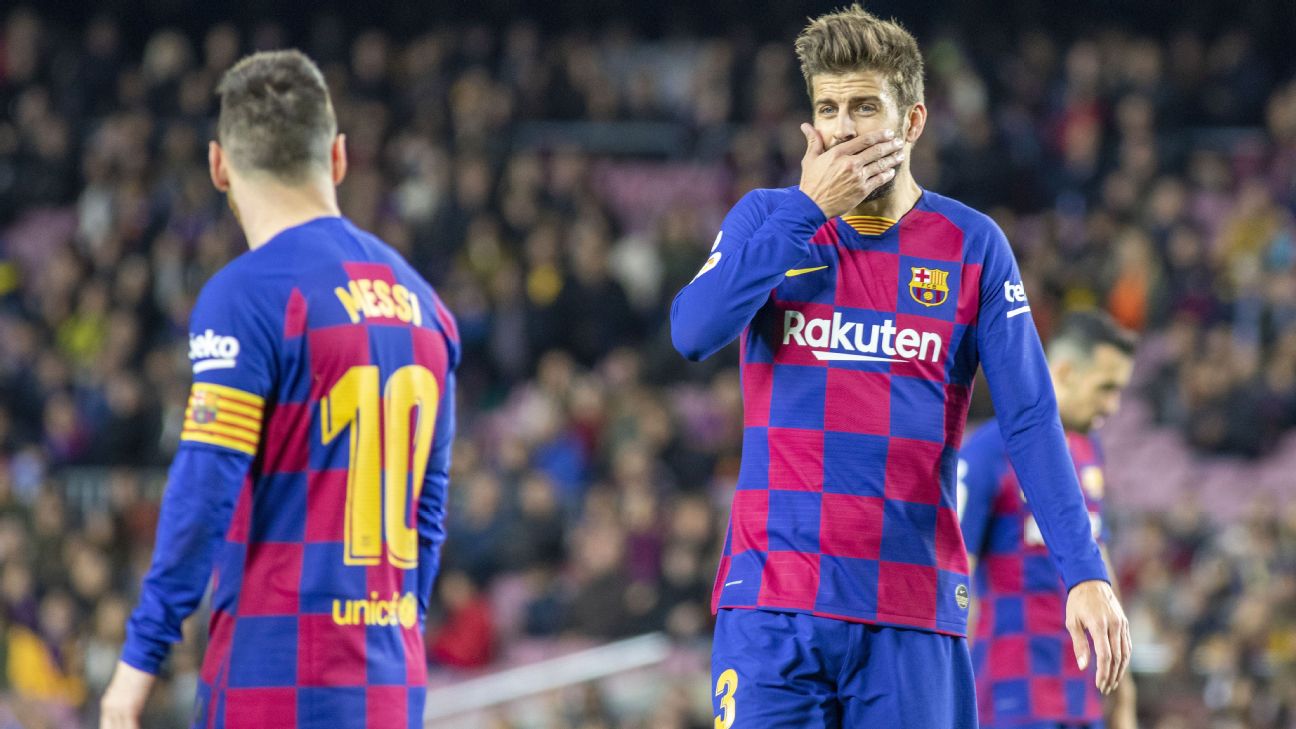 Lionel Messi and Gerard Pique have been left out of the Barcelona squad for Tuesday’s Champions League game against Inter Milan with coach Ernesto Valverde set to ring the changes.

Barca sealed top spot in the group with a win over Borussia Dortmund last time out, although Inter are still playing for their place in the round of 16.

Inter must equal or better Borussia Dortmund’s result against Slavia Prague to book their place in the knockout stages for the first time since 2012.

In addition to Messi and Pique, Sergi Roberto has also been given a rest, while Jordi Alba, Nelson Semedo, Ousmane Dembele and Arthur Melo are all injured.

Alba and Semedo are both back in training but have not yet been cleared fit to return to competitive action.

Dembele is out until February and the club have given no timeframe on how long Arthur is expected to be sidelined with a groin problem.

Messi, Pique and Roberto have been rested ahead of games away against Real Sociedad on Saturday and then at home to Real Madrid in the first Clasico of the season on Dec. 18.

Argentina international Messi has been in dazzling form recently. His hat trick against Mallorca, which came five days after he’d won his sixth Ballon d’Or, took his tally to 12 league goals in just nine starts this season.

With so many regulars absent from the squad, Valverde has called up six players from the B team among the travelling party.

Forwards Ansu Fati and Carles Perez have been regulars with the first team this season, while goalkeeper Inaki Pena, defenders Ronald Araujo and Dani Morer and midfielder Riqui Puig have also been called up.