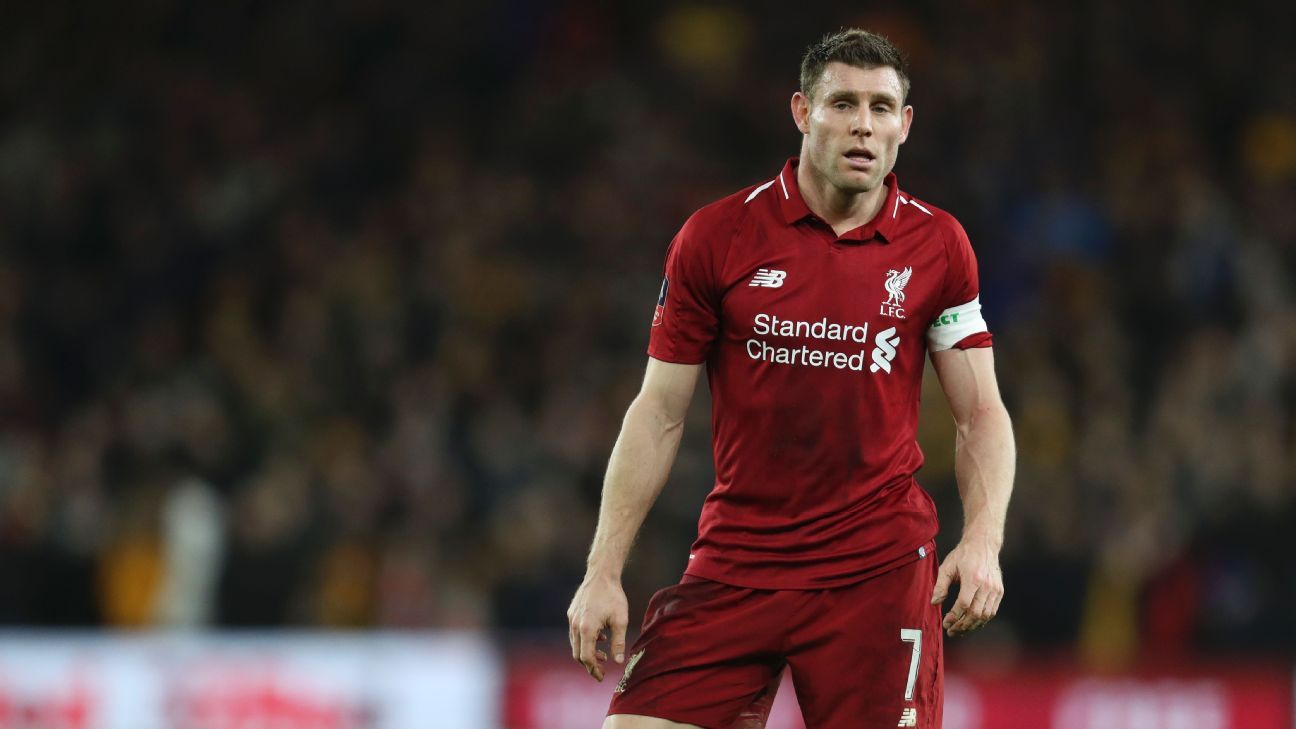 James Milner has signed a contract extension with Liverpool that will keep him at the club until the summer of 2022, the club announced on Friday.

“I’ve been lucky and privileged to play for this club for four-and-a-half years now, it has been an amazing time seeing how the club is changing and developing,” the midfielder told Liverpoolfc.com.

“I just enjoy coming into training every day, working with this group of players, this manager and coaching staff, and being part of this football club.

“We had discussions with the club and this was obviously the ideal for me, this was what I wanted to do – stay and play at the highest level as long as I can.

“Liverpool is an unbelievable place to be and we’re a very, very good football team and hopefully we can keep improving.

“Obviously the gaffer waited to sign his dependent on whether I signed mine, so that makes me a feel bit more important!”

Milner, 33, joined Liverpool from Manchester City in July of 2015.

He has made 198 appearances for the club, scoring 25 times.

“It is great news for Liverpool FC to have a player of — first and foremost — his qualities and attitude, but also, of course, his experience, here among our squad for the future,” said Liverpool manager Jurgen Klopp of Milner.