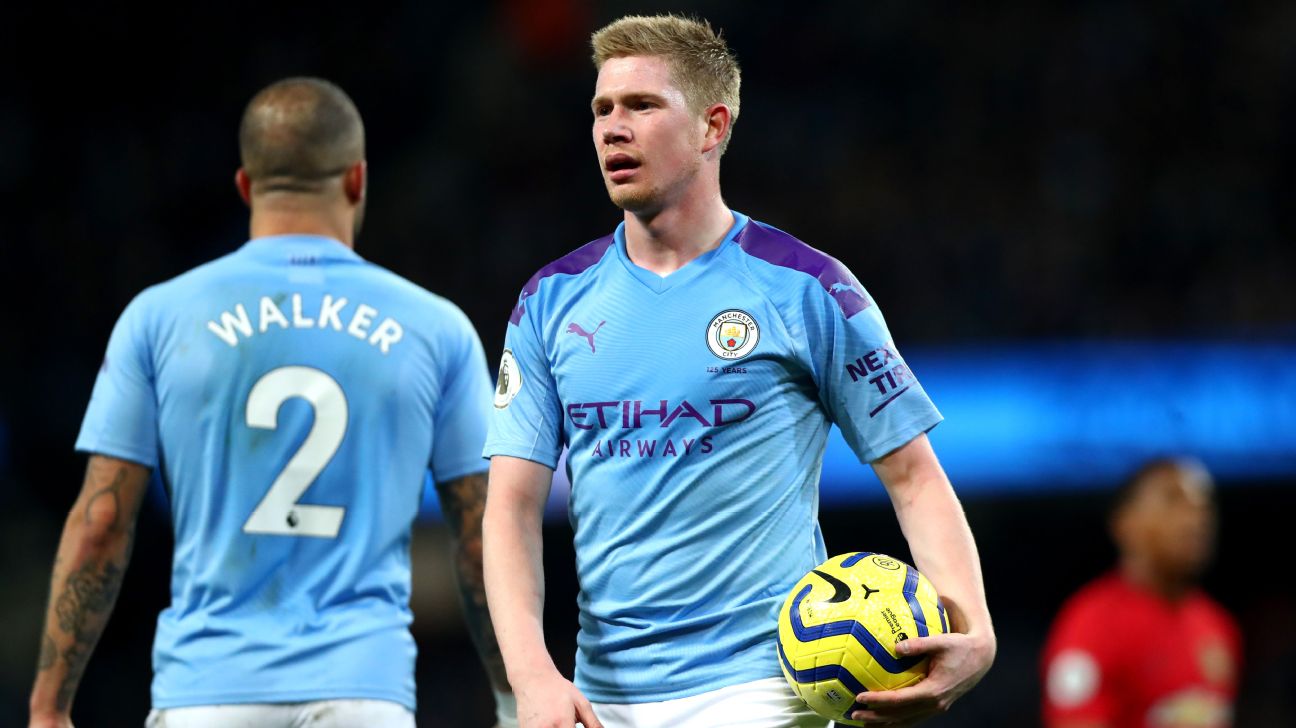 Jump to: Have Arsenal found some magic? | Can Man United succeed against lesser teams? | Man to watch | Game not to miss | Stats of the weekend | Team that needs a bit of luck | One thing that will definitely happen | Predictions

How will Manchester City approach the remainder of the season?

With the gap now at 14 points, barring a miracle wrapped in a miracle the Premier League title is gone for Manchester City. All of their focus, intentionally or otherwise, will surely be on the Champions League now. So how will they now approach domestic affairs? Can they possibly play with the same intensity?

This might well be Pep Guardiola’s greatest challenge of the last few years, to motivate a team now used to sitting astride the Premier League and get them to play at the same levels when they know, realistically, the top prize is gone.”You can’t stop competing and that’s what Guardiola instils in us every day, that every game is a final,” said Rodri this week, almost sounding convincing.

Perhaps this will actually free City, playing with nothing more to lose, and they will start performing more like the team of the last two seasons. Either way, we will see a glimpse of what is to come when they face Arsenal on Sunday.

Can Arsenal extend nine minutes of brilliance into the rest of the season?

Watching Arsenal beat West Ham on Monday was a slightly surreal experience, because of what a shock the nine-minute spell in which they scored their three goals was. There was no build-up of pressure, no promising spell eventually rewarded with breaking the deadlock. They went from abysmal to exhilarating at the flip of a switch, which was enough to beat a poor West Ham side, but the question now becomes whether they can spin those brilliant nine minutes into something more tangible for the rest of the season.

Starting that against Manchester City isn’t ideal on paper, but it’s a potentially vulnerable City after their recently acquired habit of dropping points like an uncertain waiter dropping crockery. Might this be the start of something better for the Gunners?

Can Manchester United do well against one of ‘the rest’?

The curious nature of Manchester United’s season continued last week when they beat Manchester City and Tottenham, despite drawing with two of the promoted teams in the two games before that. Their style of play, able to soak up an amount of pressure before lightning counter-attacks, explains their good record against “big” teams to an extent, but there must be an element of altered mentality at play too.

Is there something about this Manchester United side that, tactically and psychologically is less suited to playing theoretically inferior teams? Or were their results in those last two games actually indicative of a change, and their overall form will improve now? We could get the answer to that when they play Everton on Sunday.

The first game is easy. Well, perhaps that’s a bit unfair. But the first game is when the shock of the new, the advantage of simply not being the other guy is at its most potent. And the reason Everton looked so different against Chelsea is that they were playing with the sort of enthusiasm and aggression and gumption that they had been missing in the last days of Marco Silva’s reign.

But that will only last you so long: Duncan Ferguson might not be in charge of Everton in the long-term but he will be for their trip to Manchester United on Sunday, and the new manager glow will already be starting to wear off a little. It will be fascinating to see what Ferguson comes up with.

The game you’re not planning to watch but should

Uncertainty abounds in this one, as a team who looked like they were starting a revival only to lose last time out, face a side whose manager is reportedly hanging on by his fingernails. Southampton had gone three games unbeaten (which doesn’t sound like much, but is for them) before losing to Newcastle, while West Ham’s abject performance against Arsenal has left Manuel Pellegrini on the brink. Both sides are dysfunctional, one might be on the upswing and the other down: there are so many dynamics at play in this one that it could be sensational.

- Liverpool return to Anfield after a midweek win in Austria in the Champions League and will look to extend their unbeaten streaks against last-place Watford. Liverpool won their last three Premier League home matches vs Watford by a combined score of 16-1.

– Leicester City are in second place in the Premier League this season on 38 points and trail first-place Liverpool by eight points. It’s the club’s best 16-game start to a league season, three points better than at the same point of their 2015-16 title-winning season.

Eddie Howe tried not to blame Bournemouth’s poor form on their injury problems last weekend, and losing five straight games when you still have your best defender, central midfielder and striker available is concerning. But Bournemouth really need to catch a break with their fitness issues: the Liverpool game saw two of those key players, Nathan Ake and Callum Wilson, limp off. If the latter isn’t available for this weekend’s trip to Chelsea then their only fit striker is Dominic Solanke, scorer of exactly zero goals since his £20 million move from Liverpool in January. They basically have an entire team on the sidelines, so we’d probably let Howe off if he does want to use that as an excuse.

One of Liverpool’s fringe players will do something special

At the moment the Liverpool squad seems to be thriving on one giant sense of “fear of missing out,” everyone absolutely straining to get in on the act of what is shaping up to be an extremely special season. In the last couple of games we’ve seen Naby Keita and Xherdan Shaqiri, to that point Liverpool’s forgotten toys left under the bed to gather dust, both score and excel, so you wonder who will be next.

A match-controlling show by Adam Lallana? A towering defensive performance by Joe Gomez? A Rhian Brewster hat trick? Liverpool need these fringe players to excel in this insane period of the season, and they are doing just that at the moment.