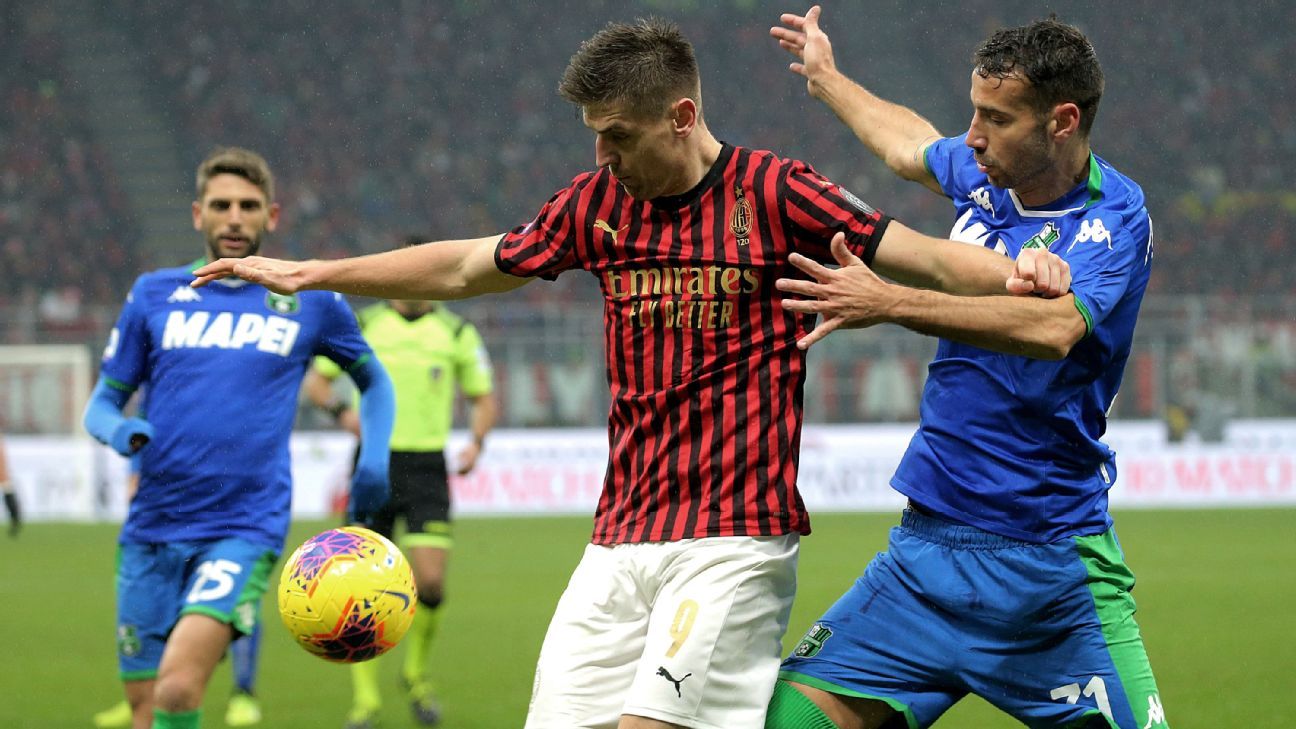 AC Milan had a goal chalked off by the video assistant referee, missed an open goal, were foiled by the goalkeeper and twice hit the woodwork in an extraordinary 0-0 draw at home to Sassuolo in Serie A on Sunday.

Milan thought they had taken the lead on the half hour when Theo Hernandez‘s shot took a huge deflection and looped into the net.

But, with Sassuolo waiting to restart the match, the referee decided to have a VAR review and disallowed it for handball in the build up.

Ismael Bennacer then missed a chance with the goal at his mercy and Milan’s frustration continued in the second half when Sassuolo goalkeeper Gianluca Pegolo made a stunning double save to deny Hakan Calhanoglu and then Giacomo Bonaventura.

Substitute Rafael Leao thumped a shot against the underside of the crossbar in the 84th minute and the Portuguese then saw another shot hit the post three minutes later.

Milan, who had won their previous two games, are tenth in the table with 21 points.