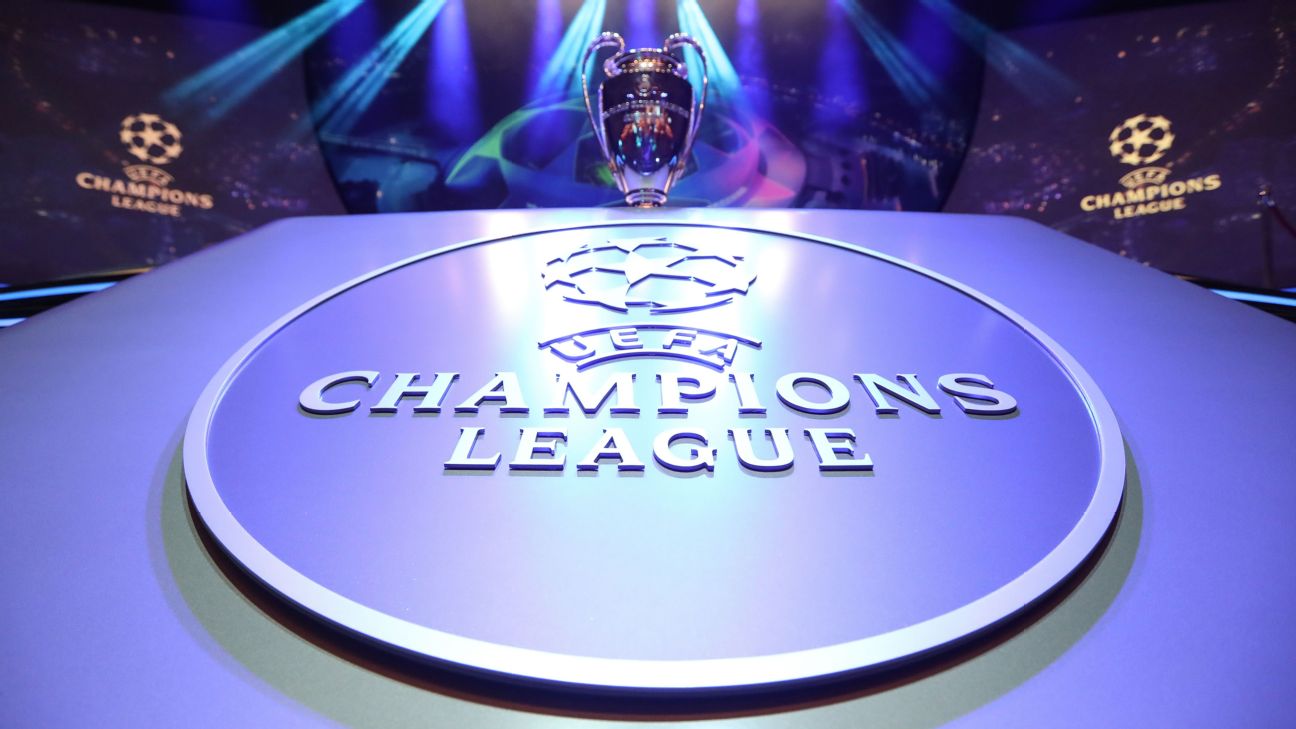 For the first time in the Champions League era, the round of 16 consists solely of clubs from Europe’s big five leagues — England, Spain, France, Germany and Italy — and the draw for the knockout phase has thrown up some heavyweight collisions involving holders Liverpool and La Liga giants Real Madrid and Barcelona.

Having won their sixth European crown in Madrid last season, Liverpool must return to the scene of their triumph for a tough encounter with Diego Simeone’s Atletico Madrid, while Real Madrid’s reward for finishing second in their group is a clash with Pep Guardiola’s Manchester City.

Barcelona will be wary of a two-legged tie with a dangerous Napoli outfit while Chelsea and Bayern Munich meet in a repeat of their 2012 final, which Chelsea won on penalties at Bayern’s Allianz Arena.

Paris Saint-Germain coach Thomas Tuchel has been handed a return to former club Borussia Dortmund, while Jose Mourinho and Tottenham Hotspur must negotiate a clash with Bundesliga leaders RB Leipzig.

So which teams will win through to seal a place in the Champions League quarterfinals?

One certainty about this tie is that Liverpool can forget about a comfortable walk down Memory Lane when they revisit the Estadio Metropolitano, nine months after winning the Champions League there. Diego Simeone’s Atletico are having an unconvincing season in La Liga, but they remain a tough, battle-hardened Champions League outfit and their work ethic and tenacity will ensure two testing games for Jurgen Klopp’s men.

Liverpool’s form and recent European pedigree of not losing a knockout tie for almost five years, make them favourites to progress, but Atletico should not be underestimated. If Simeone can inspire a revival, and get Diego Costa firing again, Atletico will push Liverpool all the way.

This is one group of players that will not fear Anfield like some teams have done in recent seasons.

A rerun of the 2016 semifinal, which Real won 1-0 over two legs, will be a huge pressure match for two clubs who simply cannot afford to go out of the competition before the quarterfinals. Having won everything except the Champions League during his three-and-a-half years at City, manager Pep Guardiola is desperate to complete the set this season, but Zinedine Zidane‘s Real will not fear the Premier League champions.

It will all boil down to which team can rediscover their best form first. Will we see the City which routed Arsenal at the weekend or the one which has lost to Norwich this season? And have Real become too old to beat City? Last season’s early exit against Ajax exposed frailties at Real which have still to be corrected.

Such is the pressure on the two clubs and managers to win the competition, the squad best-equipped to deal with the expectancy will go through, so Real have the edge.

Prediction: Real Madrid to squeeze through

Frank Lampard has fond memories of beating Bayern in the 2012 final, but the Chelsea manager will know that his young team head into this tie as heavy underdogs. A January spending spree might tip the balance back towards Chelsea if they invest wisely following the lifting of their transfer ban, but Bayern cruised through their group ahead of runners-up Tottenham and can rely on the goals of Robert Lewandowski.

Bayern’s domestic struggles have so far not been reflected in the Champions League and, with a winter break behind them, they will expect to come out firing in time for the second half of the season. But while Bayern possess the experience and pedigree, Chelsea’s exciting youngsters, including Mason Mount, Christian Pulisic and Callum Hudson-Odoi, have the ability pull off a shock.

Thomas Tuchel is under huge pressure to make PSG a genuine force in the Champions League and the German knows he has to bury the ghost of last season’s shock round-of-16 exit against Manchester United. But, having emerged as group winners ahead of Real Madrid, perhaps Tuchel has instilled some much-needed European belief into his squad. With a forward line of Neymar, Kylian Mbappe and Edinson Cavani, PSG can beat any team on their day and the French champions will expect to overcome Dortmund, Tuchel’s former club, in this tie.

But Dortmund have the ability to shock and, if they can hold onto England winger Jadon Sancho during the January transfer window, they will have more potential to inflict more Champions League misery on PSG.

After two calamitous collapses against Liverpool and Roma in the last two seasons, Barcelona will not take anything lightly as they attempt to win the Champions League in Istanbul at the end of this campaign. And Napoli are one of those opponents with the ability to upset Barca in a tie that stands out as a clash between two of Diego Maradona’s former clubs.

Having sacked manager Carlo Ancelotti in favour of Gennaro Gattuso following qualification from the group stage, Napoli will be unpredictable when they meet Ernesto Valverde’s team. But with Barcelona having the advantage of staging the second-leg at home — their collapses against Liverpool and Roma were both away from the Nou Camp — it is difficult to see past Lionel Messi inspiring his team into the last eight.

While Leipzig top the Bundesliga under their highly rated coach Julian Nagelsmann, Tottenham and Jose Mourinho will be delighted to have avoided the established heavyweights after finishing second in their group.

The pace and goals of Germany striker Timo Werner will be the biggest threat to Tottenham’s hopes of progression, but last season’s beaten finalists have the attributes to emerge as a dangerous outsider to go all the way in the competition this time around. Mourinho’s Champions League expertise, Harry Kane‘s goals and Dele Alli‘s recent renaissance all point towards Spurs being the favourites in this tie.

This is new territory for Leipzig, who have made it into the knockout stages for the first time. Tottenham should have the edge with their experience and Mourinho’s desire to win a third Champions League with a different club.

Juventus continue to push for their first Champions League title this century, so they will be relieved to have avoided Real Madrid, Chelsea and Tottenham in the round of 16. Lyon booked their place in the knockout stages with a 2-2 draw against Leipzig on Matchday 6 and, having progressed through the weakest group, will be big outsiders against Juve.

Losing Memphis Depay for the rest of the season through injury will be a blow to Lyon’s hopes, but if Juventus are anywhere near their best form, Maurizio Sarri’s team will qualify for the quarterfinals. Cristiano Ronaldo will catch the headlines as usual, but the likes of Paulo Dybala, Miralem Pjanic and Matthijs de Ligt will also be a threat to Lyon.

Having lost their first three group games, conceding 11 goals in the process, Atalanta’s presence in the round of 16 is remarkable. Gian Piero Gasperini’s team did not even win their first game until Matchday 5, but back-to-back victories against Dinamo Zagreb and Shakhtar Donetsk secured an unlikely runners-up spot behind Manchester City in Group C.

Valencia emerged top of a tight group ahead of Chelsea and Ajax, but they remain an unpredictable and inconsistent outfit under head coach Albert Celades. With the Spanish side playing the second leg at the Mestalla, however, they have the edge to progress against the Italians.