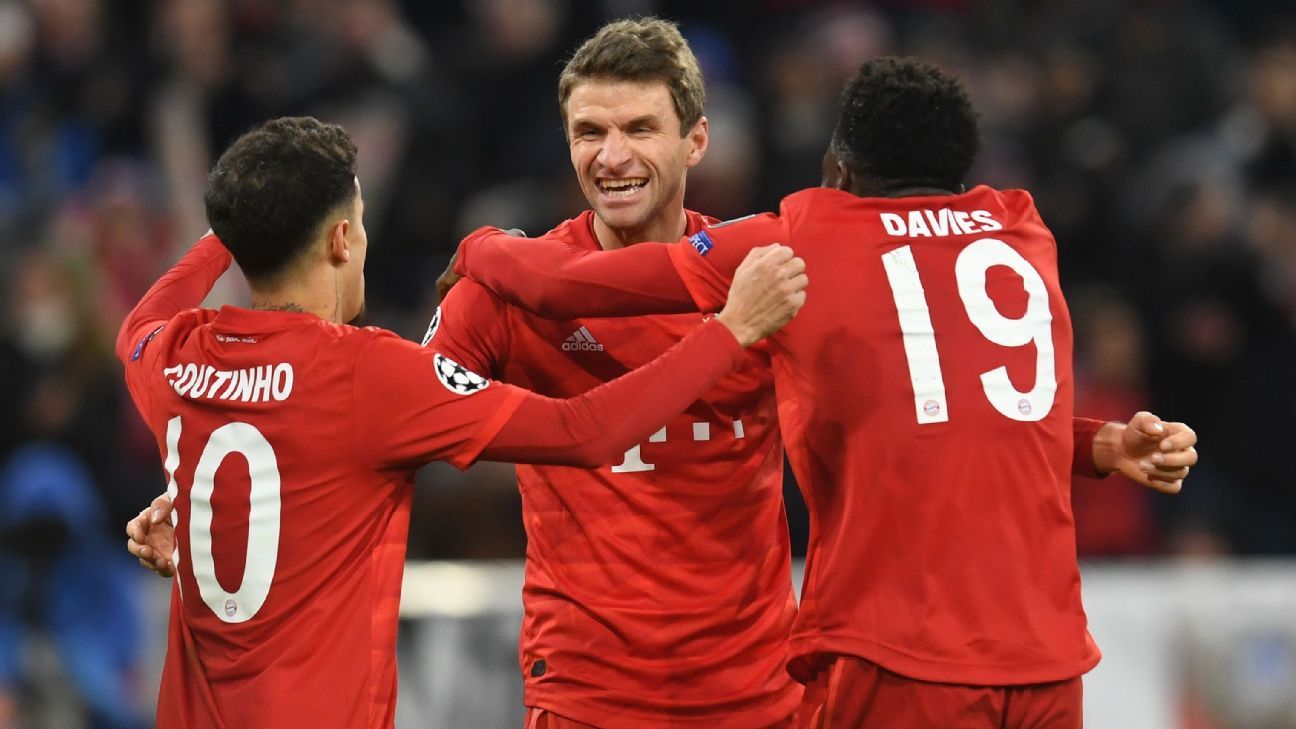 Bayern Munich beat Tottenham 3-1 in an entertaining affair at the Allianz Arena on Wednesday night as the Bundesliga giants maintained their perfect group-stage campaign.

Ahead of the match, manager Jose Mourinho told his player not to look back at the two teams previous Champions League meeting, when Bayern thrashed Spurs 7-2 in London on Oct. 1.

With both teams already qualified for the knockout rounds and Bayern having clinched top spot in the Group B, Mourinho chose to heavily rotate his side, even handing a start to summer arrival Ryan Sessegnon.

And Bayern, who’s manager Hansi Flick picked a more first-choice XI, were soon in front when a Serge Gnabry pass fell to the feet of Kingsley Coman, who expertly dispatched his first-time finish into the back of the net.

Spurs got back on level terms soon after, though, when Sessegnon scored his first goal for the club, settling a loose ball in the Bayern penalty area and smashing home a low volley that beat Manuel Neuer at his near post.

Goalscorer Coman was replaced by Thomas Muller after the France international fell awkwardly on the sidelines while chasing down a pass and the Germany international would put the hosts back in front with a close-range finish just before half-time.

Philippe Coutinho, who had a screamer just miss off the crossbar in the first half, made no mistake in the second half, burying a patented long-range strike in the 64th minute to give Bayern a 3-1 lead that they would not relinquish.

With the win, Bayern became just the seventh team in Champions League history to win all six of their group stage games.

The two teams will now await the result of Monday’s Champions League round-of-16 draw to see who they will face when the knockout rounds begin in 2020.