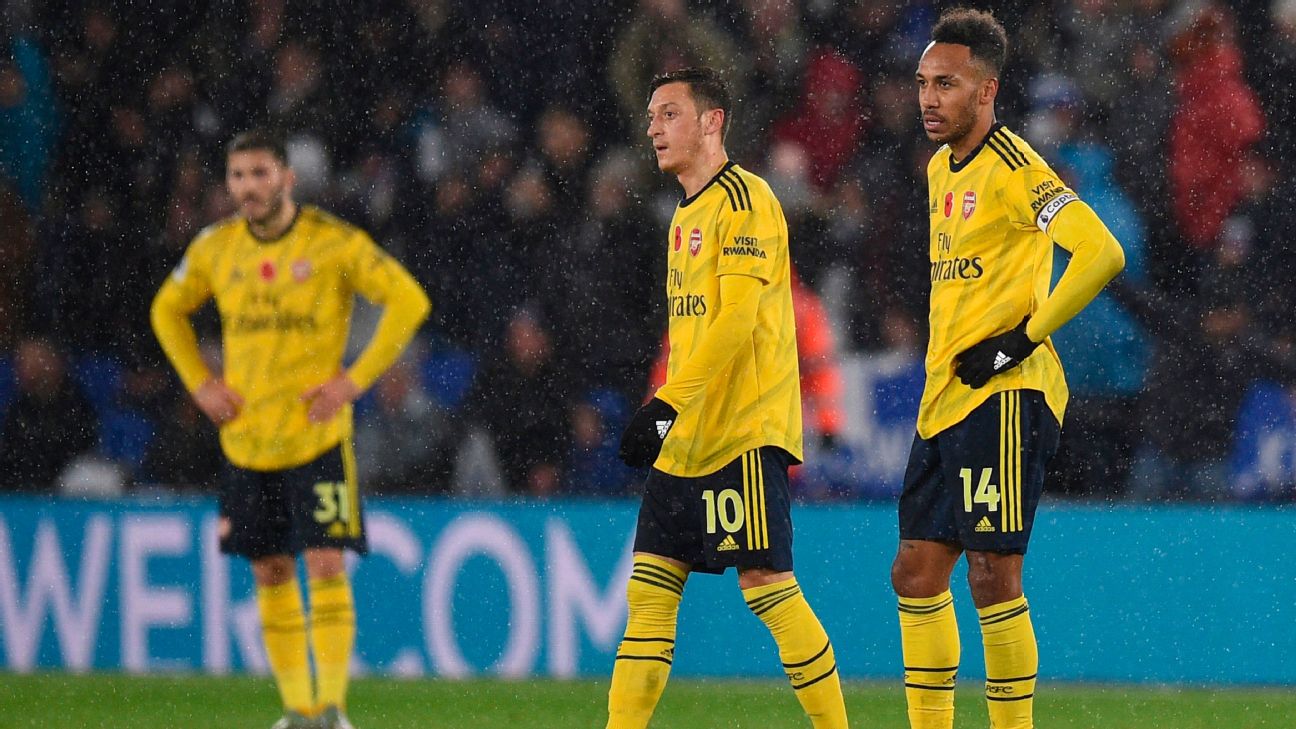 Arsenal stars Pierre-Emerick Aubameyang and Mesut Ozil are both wanting to leave the club in search of a new challenge.

The Independent reported on Thursday that a source close to the club claims Gunners skipper Aubameyang wants to leave the Emirates amid interest from Inter Milan and Real Madrid.

It was hoped by Arsenal that Unai Emery’s sacking — and the reported arrival of Mikel Arteta — would buy the club time with with their star players, but Alexandre Lacazette and Granit Xhaka also are understandably keen to end their stay in north London.

Meanwhile, Ozil took a major step forward in his attempt to exit Arsenal as he met with Fenerbahce bosses, according to Turkish publication Fotomac.

Ozil, 31, has been linked with the Istanbul-based club amid his wish to pursue options elsewhere. But Fotomac claimed on Thursday that Ozil discussed the possibility of moving to play in the Super Lig on a loan agreement.

This season, Ozil has made 11 appearances for the Gunners and failed to score a single goal — the German’s last goal in an Arsenal shirt occurred on April 21 during the club’s 3-2 home defeat to Crystal Palace.

The Mirror has reported that Manchester United players and officials are convinced Paul Pogba has played his final game for the club, amid transfer rumours linking him with Real Madrid.

United’s record £89 million signing was due to return to action this week after recovering from a foot injury that has ruled him out since September, but he has been setback further by a mystery illness.

Now, it’s been reported that those employed by the club are confident Pogba will not play in red again — that’s despite manager Ole Gunner Solskjaer insisting the midfielder remains a key part of his plans going forward.

It’s reported that interested clubs will have to cough up around £150m to prize Pogba away from Old Trafford. His contract expires in the summer 2021.

– Premier League dark horses Sheffield United have confirmed free agent Jack Rodwell is training with the first team amid rumours of a potential move. Rodwell’s contract with Blackburn ended in the summer, and he has been without a club since. But now, the Daily Mail has reported the 28-year-old’s two-year topflight absence could be about to end with Chris Wilder revealing something may develop in the weeks building up to the opening of the January transfer window.

– AC Milan central midfielder Franck Kessie has been heavily linked with a move to the Premier League. MilanNews has reported that the 23-year-old could be on his way out of the San Siro with manager Stefano Pioli reportedly keen to add some reinforcements to his improving squad. Kessie has appeared 14 times in Seria A this season, scoring no goals.