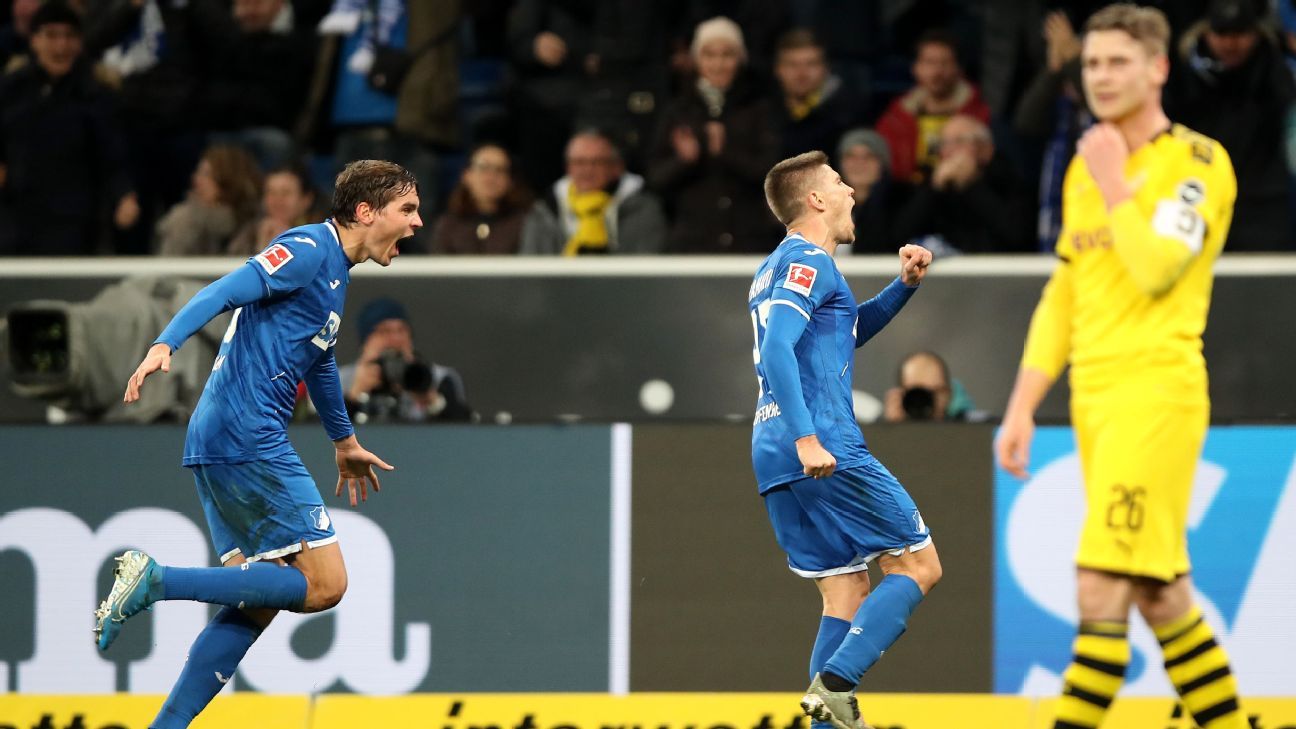 Hoffenheim scored late goals through Sargis Adamyan and Andrej Kramaric to complete a 2-1 comeback win over Borussia Dortmund on Friday as the Bundesliga heads into the winter break.

Dortmund’s Mario Goetze made the most of a rare start by putting the visitors ahead in the 17th minute, while Hoffenheim hit the bar from a free kick with their only real chance.

However, Dortmund failed to add another goal despite being in complete control of the game and they were punished for it.

The hosts leveled when substitute Adamyan stabbed the ball home after goalkeeper Roman Buerki failed to clear in the 79th and Kramaric grabbed the winner three minutes from time.

The league breaks after this weekend’s matches and resumes on Jan. 17.