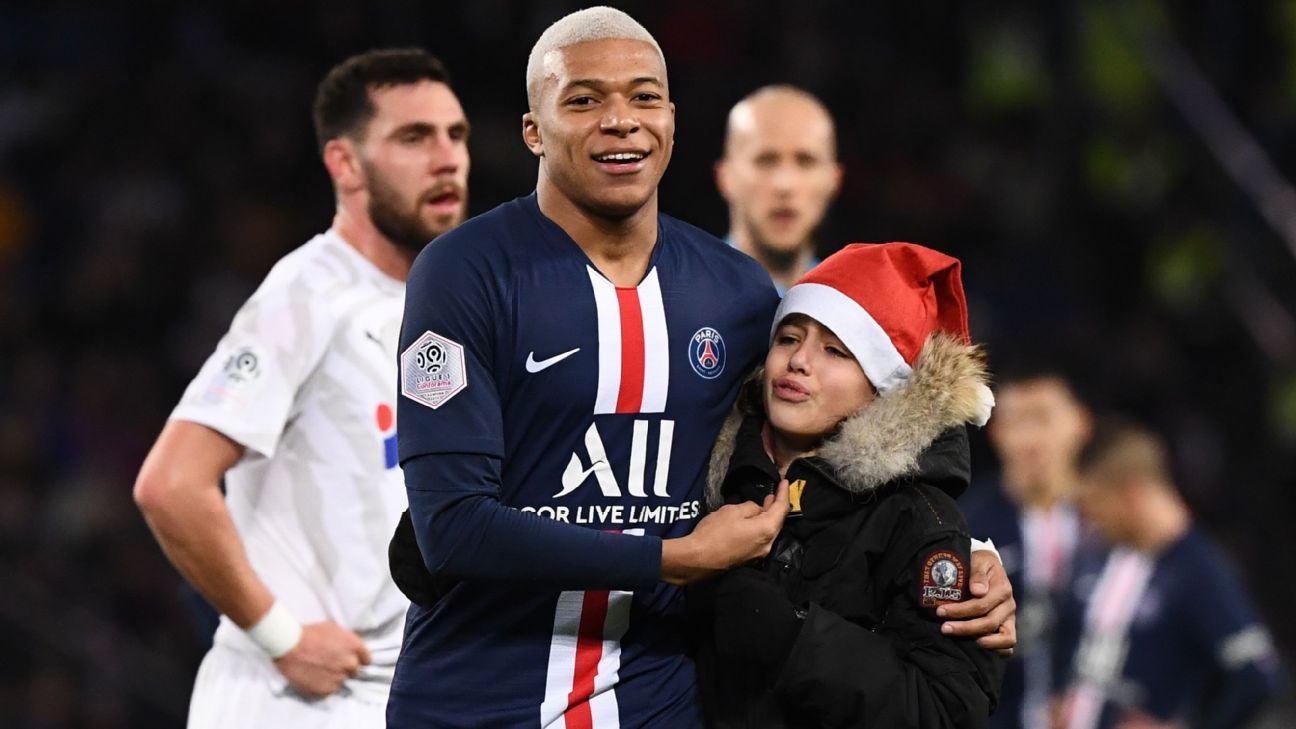 Kylian Mbappe scored two sublime goals and found time to sign an autograph for a young fan as Paris Saint-Germain crushed Amiens 4-1 on Saturday to go into the Ligue 1 Christmas break seven points clear of Olympique de Marseille with a game in hand.

Champions PSG took the lead when an Amiens attack broke down and a precise pass from Neymar found Mbappe, the 21-year-old French international sprinting forward and coolly chipping the ball past keeper Regis Gurtner in the 10th minute.

Gurtner pulled off a string of fine saves to keep his side in the game but the Amiens defence was breached immediately after the break as Mauro Icardi forced the ball in towards Neymar who rattled it home.

Mbappe’s second came from another perfect pass, this time from Angel Di Maria, and he fired a superb first-time shot to make it 3-0 to the home side in the 65th minute.

With central defenders Abdou Diallo and Thiago Silva both substituted due to injuries, Stiven Mendoza found enough space to pull a goal back before Icardi struck six minutes from time.

Mbappe had time to hug a young fan wearing a Santa Claus hat who made it onto the pitch and produced a book from under his jacket for the World Cup-winning forward to sign as he was escorted off by security.