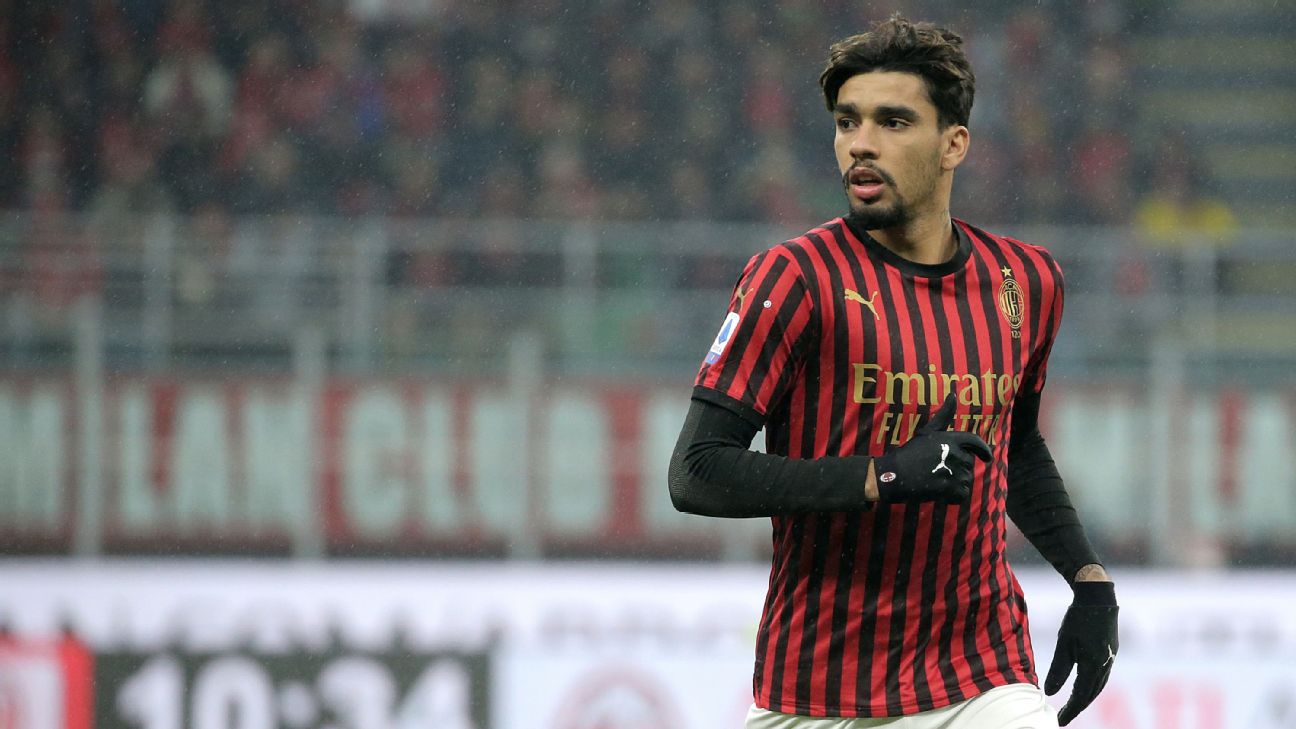 PSG to lure Paqueta from Milan

Paris Saint-Germain sporting director Leonardo has set his sights on a reunion with AC Milan midfielder Lucas Paqueta — a player the Brazilian signed from Flamengo when he was in charge of incoming transfers at the Serie A giants.

The 22-year-old arrived at the San Siro nearly a year ago for a fee of around €35 million but has failed to make a significant impact in Italy, scoring just once in 28 appearances for the Rossoneri, but RMC Sport says PSG could be set to swoop in with an offer that would see Milan recoup all of their initial outlay on the player.

Leonardo forged a strong relationship with his compatriot during their time together in Milan, and the 11-cap Brazil international is believed to be interested in a move that would see him link up with a host of international colleagues, including Neymar, Thiago Silva and Marquinhos.

Schalke goalkeeper Alexander Nubel is set to be at the centre of a transfer tug-of-war after his club announced that he will leave on a free transfer upon the expiry of his contract at the end of the season, according to the Daily Mail.

The 23-year-old has kept 11 clean sheets in 35 appearances for the Gelsenkirchen-based side this season, sparking rumours of a move to either the Premier League or to a rival club in the Bundesliga.

Tottenham Hotspur are believed to be on the lookout for a new goalkeeper in the summer to provide further competition to Hugo Lloris, while German giants RB Leipzig and Borussia Dortmund are also believed to be mulling their options between the sticks.

Nubel has shone in goal since replacing Ralf Fahrmann halfway through last season, and has since been named Schalke’s club captain.

French outlet L’Équipe claims Lyon are preparing themselves for a busy January transfer window, with as many as four France internationals believed to be on their radar ahead of the New Year.

Lemar has endured stop-start career in La Liga since joining Atletico from Monaco 18 months ago, and has been in and out of Diego Simeone’s side this season. Gameiro, 32, and Nzonzi, 31, have had similarly difficult campaigns in Spain and Turkey respectively, while Ben Arfa has been on the lookout for a new club since leaving Rennes at the end of last season.

– AC Milan have put a string of Premier League clubs on red alert by placing a €30 million price tag on midfielder Franck Kessie, according to reports at Calciomercato. Wolverhampton Wanderers are rumoured to be one of the English sides in the race for the Ivory Coast international.

– Wolfsburg’s Elvis Rexhbecaj has been struggling for game time at the Bundesliga side this season, and German newspaper Bild claims the 22-year-old could be set for a loan move in the New Year. Hannover had previously led the chase for the midfielder, but are now believed to be out the race for the player’s temporary signature.

– Roma defender Juan Jesus has struggled for game time since the loan arrival of Manchester United’s Chris Smalling, and Calciomercato claims the Brazilian could be headed for fellow Serie A side Bologna in the January transfer window. The 28-year-old has made just three Serie A appearances this season.