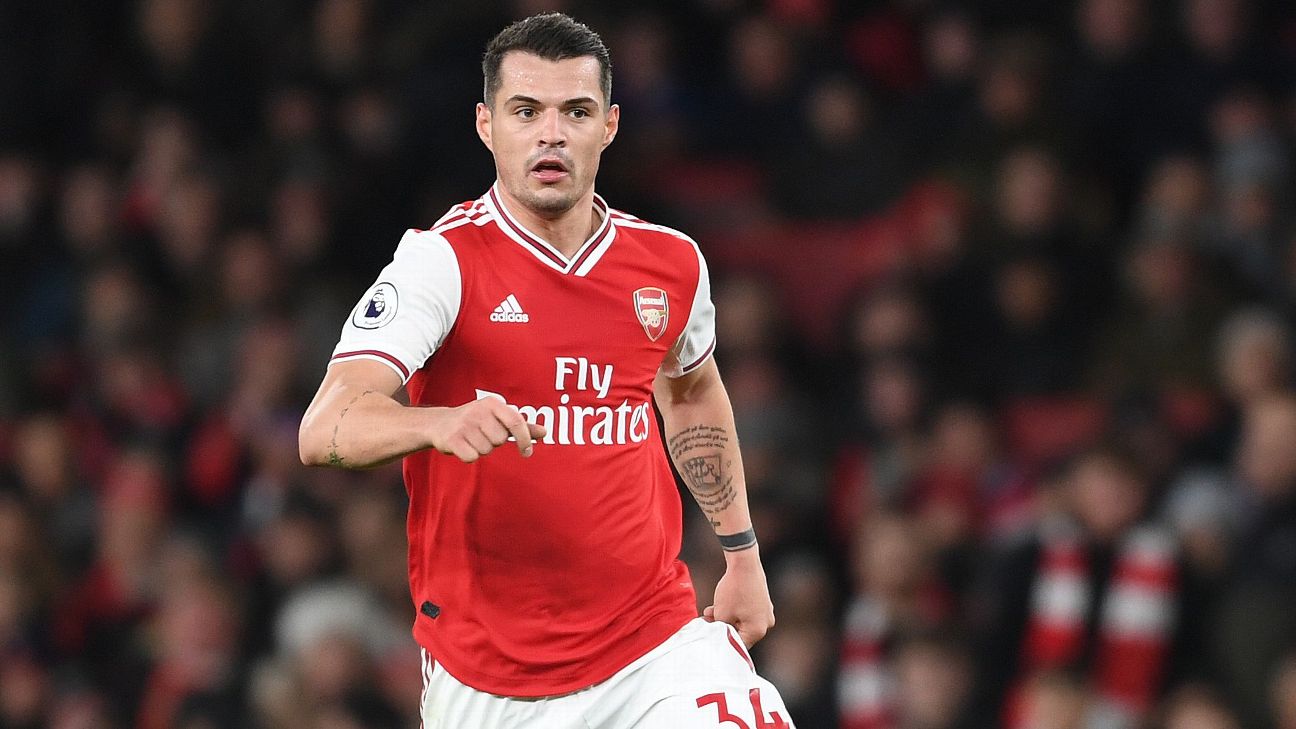 Former Arsenal captain Granit Xhaka is in talks with Hertha BSC over a January move to the Bundesliga side, sources close to the Premier League club have told ESPN.

In 2016, Xhaka joined Arsenal from Borussia Monchengladbach for €45 million. However, three years on a fee in the region of €20m to €30m is being discussed.

The 27-year-old was installed as club captain at the beginning of the campaign. However, following a dispute with the club’s fans in the 2-2 draw with Crystal Palace in October, the captain’s armband was handed to Pierre-Emerick Aubameyang.

Amid a relegation battle, Jurgen Klinsmann, Hertha’s interim coach until the end of the season, has sketched out his vision for a “Big City Club” in recent weeks.

In November, the club sold 49.9% of its shares to investor Lars Windhorst for €224m and he wants to become a permanent fixture in Champions League over the next decade.