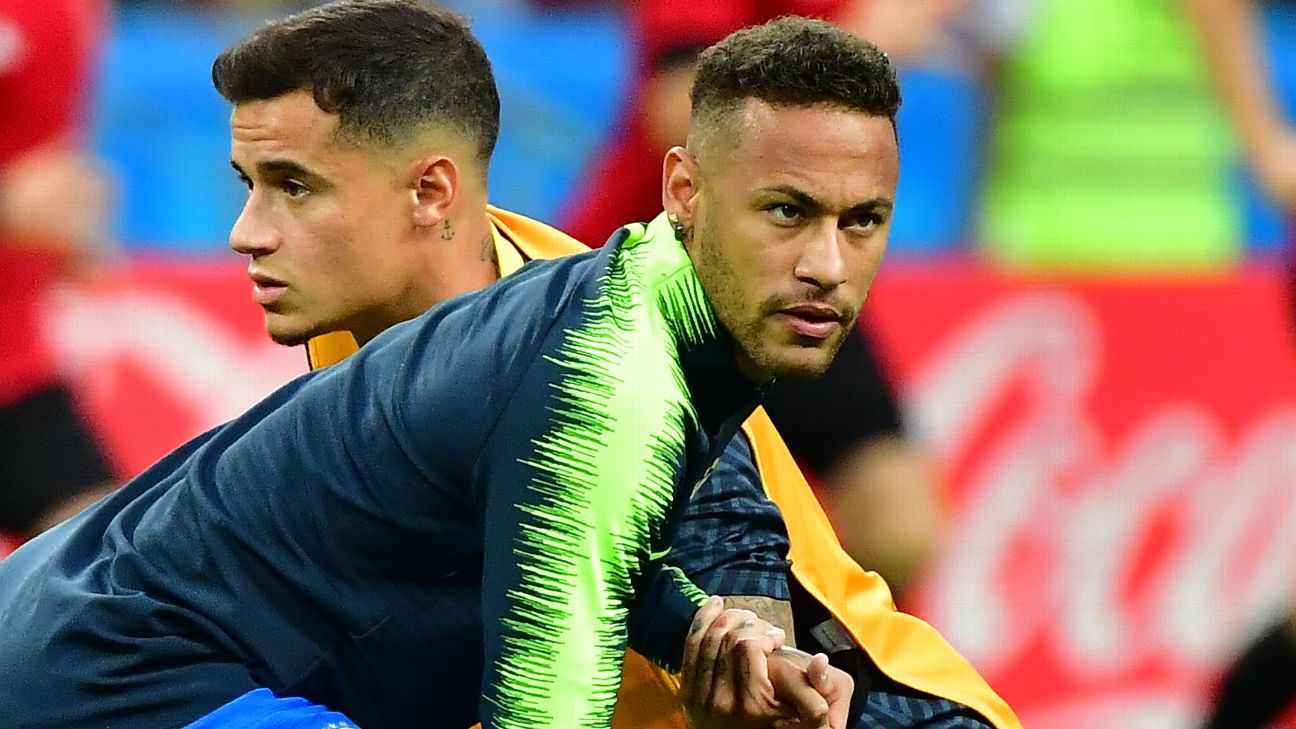 Philippe Coutinho has admitted he could be tempted by a return to the Premier League if Bayern Munich do not take up their purchase option on the Barcelona midfielder, according to Mundo Deportivo.

The Brazil star is only two years into his five-year contract at the Camp Nou, but looks increasingly likely to be shown the exit door in January with Chelsea, Manchester United and Tottenham all believed to be interested in the ex-Liverpool man’s services.

Sources tell ESPN that Barca manager Ernesto Valverde is said to want rid of the 27-year-old to fund a colossal bid to re-sign Neymar from Paris Saint-Germain, but will likely have to settle for a fraction of the £142 million deal they agreed with Liverpool in January 2018.

While Coutinho is nearing a move away from the club, the Sun reports that Barcelona have hit a snag in their bid to bring fresh faces through the door, with Chelsea forward Willian revealing that he would be happy to stay at Stamford Bridge for the rest of his career.

The forward — whose current deal expires at the end of the season — has been strongly linked with a move to the Catalan giants in recent months and was widely considered to be a key target for Valverde, whilst the Brazilian, 31, appeared to have fallen down the pecking order following the emergence of young talents Callum Hudson-Odoi and Christian Pulisic.

However, Willian has bounced back this campaign with 5 goals in 23 appearances, and he insists he’s happy in West London after striking gold again with an impressive brace against Tottenham on Sunday.

Juventus hopeful Pogba may come back

Manchester United midfielder Paul Pogba could still complete the most expensive game of ‘pass the parcel’ of all time with a January return to Juventus, Tuttosport have reported.

However, any move could prove to be extortionate, with the Bianconeri expected to have to fork out £52 million plus former Liverpooler midfielder Emre Can in order to seal a deal.

The 26-year-old has been hampered by injuries this season, but made his return from the bench in last weekend’s 2-0 defeat to Watford. The France playmaker moved to Old Trafford for a second spell at a cost of £89m in 2016 — a then-record fee — but has been relentlessly linked with a return to Italy in recent months, having initially left the Red Devils to move to Turin as a youngster.

La Liga side Real Madrid have also been at the centre of strong speculation regarding a move for Pogba, but Juventus boss Maurizio Sarri is now hopeful of sealing a deal.

Jose Mourinho is set to further fuel an already fiery rivalry with ex-club Manchester United as the Spurs boss looks to snatch a deal for Lille star asset Boubakary Soumare from under the nose of Ole Gunnar Solskjaer, according to French publication L’Equipe.

Soumare has taken Ligue 1 by storm this season and has caught the eye of a whole host of European clubs, with Napoli, Real Madrid and Valencia thought to be amongst those interested in the 20-year-old.

Mourinho’s position will likely be bolstered by the fact that he has already poached assistant manager Joao Sacramento and goalkeeping coach Nuno Santos from the French side, although reports suggest Spurs may have to splash out £50 million to land the 6ft 2in central midfielder.

— While Manchester United appeared to have won the race for the Red Bull Salzburg striker Erling Haaland, reports in Italy suggest that the saga has taken another turn following an intervention by the player’s agent, Mino Raiola. Both Corriere dello Sport and Tuttosport now say Juventus have all but secured the player’s services at a bargain price, with the fee believed to be around £25 million.

— Atletico Madrid are closely monitoring Rafael Borre, the 24-year-old River Plate forward whose rights Los Rojiblancos own 50 percent of, Madrid outlet AS reports, and adds that Everton are similarly interested and prepared to bid €15 million for his services.