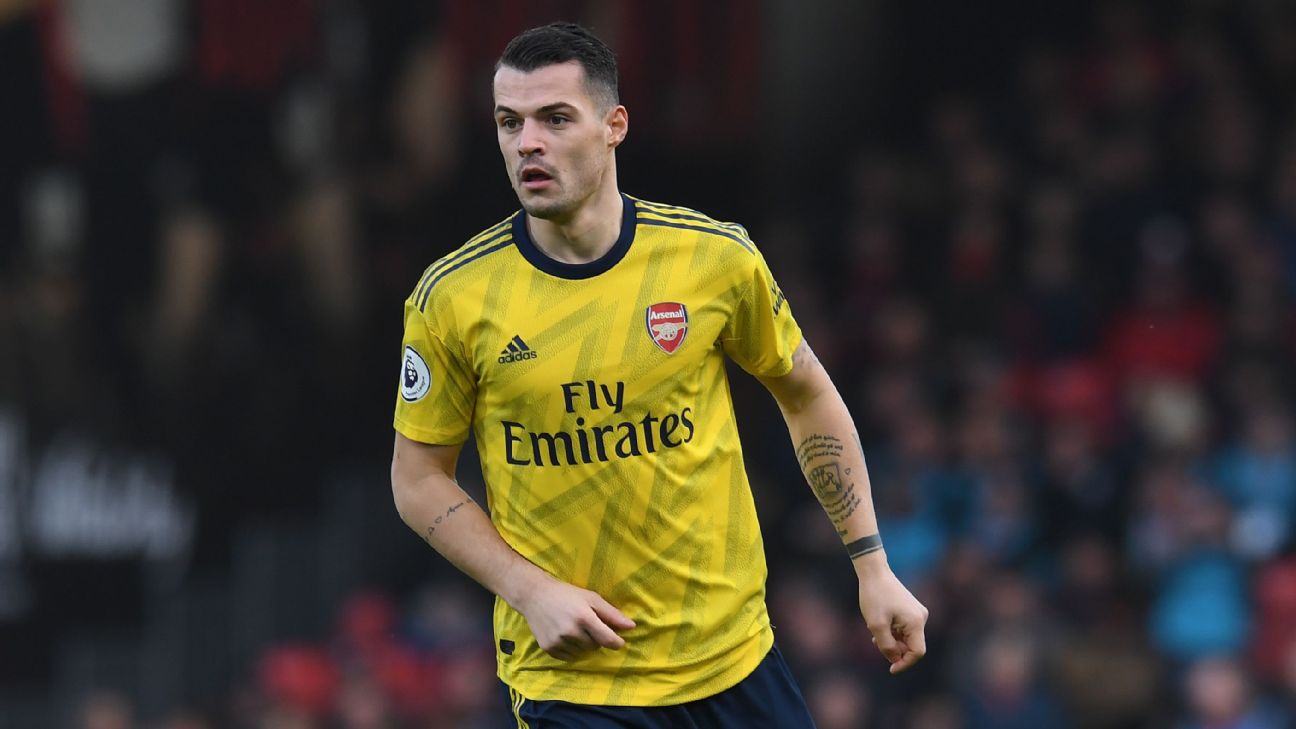 Arsenal midfielder Granit Xhaka has told the club he wants to leave and join Hertha Berlin in January, his agent has said.

The 27-year-old was dropped and stripped of the club captaincy in November following an angry reaction to being booed by his own fans after he was substituted during the Premier League clash with Crystal Palace.

Sources close to Hertha told ESPN last week that talks between the Bundesliga club and Xhaka were ongoing and the Switzerland international’s agent has now said his client is looking to leave the Emirates.

“Let’s say it like it is: we have agreed terms with Hertha Berlin and would like to go there,” Jose Noguera told Swiss outlet Blick. “That’s what we told Arsenal club boss Raul Sanllehi and sporting director Edu Gaspar, as well as the new manager Mikel Arteta.”

Noguera said that, despite Arteta’s public backing of Xhaka, the new Arsenal boss told the ex-Borussia Monchengladbach man he is not part of his plans beyond the summer.

Noguera added that Arsenal are aware of Xhaka’s desire to return to the Bundesliga and the clubs must now decide on a fee for a player who joined Arsenal for €45 million in 2016.

Xhaka had been installed as club captain at the beginning of the season, but was replaced by Pierre-Emerick Aubameyang following the incident against Palace.

Hertha are in a battle to stay in the Bundesliga and hired Jurgen Klinsmann as interim manager until the end of the campaign.

In November, the club sold 49.9% of its shares to investor Lars Windhorst for €224m and he wants to become a permanent fixture in Champions League over the next decade.