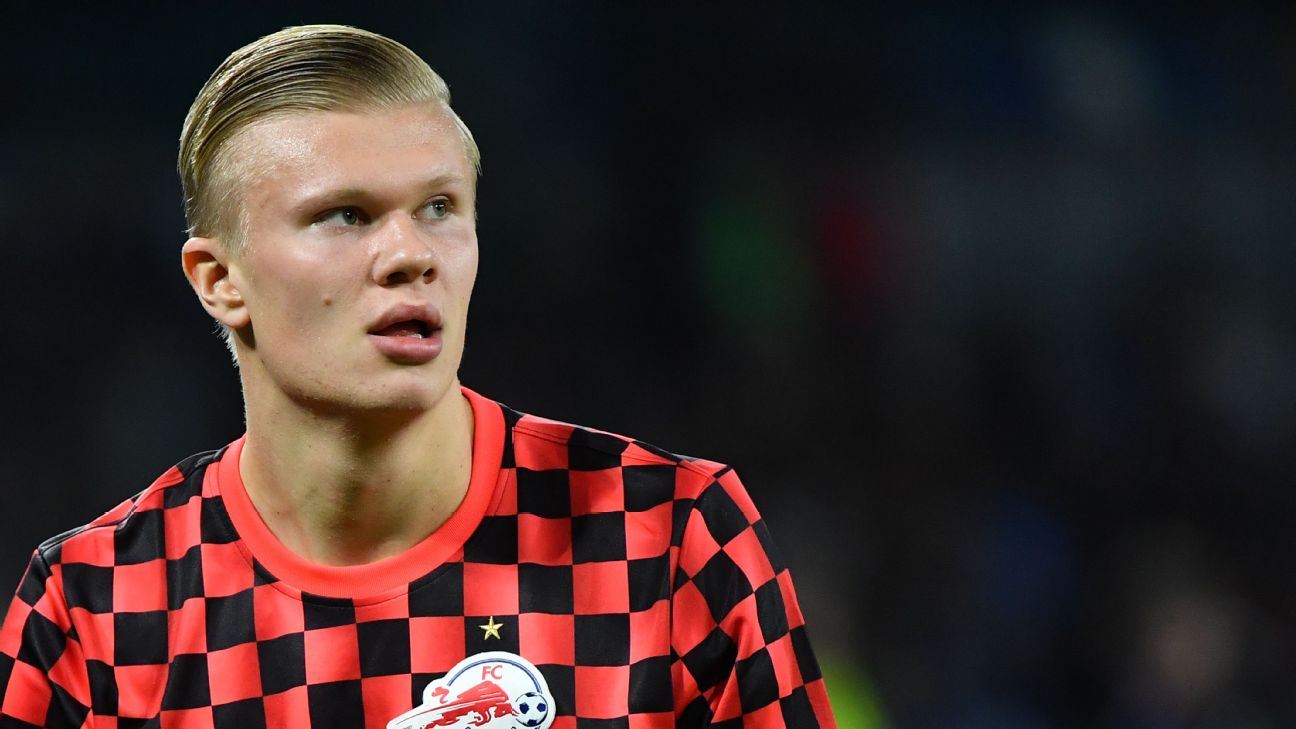 Manchester United appeared to be in the driver’s seat for FC Salzburg’s Norwegian sensation Erling Braut Haaland but Italian publication Tuttosport has reported that Juventus are now in the lead.

The 19-year-old has scored 28 goals in 22 appearances for the Austrian league leaders and has attracted interest from all of Europe’s biggest clubs.

United boss Ole Gunnar Solskjaer has history with Haaland from the duo’s days at Molde, but noted super-agent Mino Raiola is seemingly in the midst of a deal to get the player to Italy.

Should they be pipped by Juventus in the Haaland sweepstakes, then the club from Old Trafford could turn its attention to Everton forward Richarlison as an alternative, according to the Evening Standard.

The 22-year-old Brazilian has scored 22 goals in 57 games for the Toffees since arriving for an initial £35 million from Watford in 2018 but would figure to get better service and support at a club like United.

“AC Milan is delighted to announce the signing of Zlatan Ibrahimovic,” the team said in a statement on Friday. “The club and the striker have agreed on a deal until the end of the current season with an option to extend the contract for the next one.”

Ibrahimovic spent two seasons with Milan from 2010 to 2012, winning a Serie A title, and had long been linked with a return to the club. However, sources told ESPN the 38-year-old needed to lower his wage demands in order to facilitate the move.

Ibrahimovic, who will have his medical on Jan. 2, announced the move in his own style.

Norwich can keep hold of Max Aarons — despite Spurs lining up a bid for the full-back.

According to the Telegraph, Canaries’ boss Daniel Farke believes that the Premier League stragglers can resist Tottenham’s attempts to sign a player that they have expressed an interest in in the past.

Aarons was linked with a move to North London in the summer and Norwich’s current predicament hardly bodes well as the January transfer window prepares to open. However, the club’s German manager insists that the Canaries have no intention of selling one of their most marketable players.

“I’m not worried about any bidding,” said Farke. “Interest in our players means we doing many things right. Last season, we always had to sell our best players but we don’t have to sell any players. That’s a good situation.”

Mind you, after Norwich dropped to the foot of the Premier League table on Boxing Day, there’s no doubt that Spurs hold the whip hand in this particular situation. No matter what their manager says.

More outs than ins at Barcelona in January

Any Barca fan dreaming of big name signings in the New Year might have to temper their expectations — with more players set to leave the Nou Camp than arrive. That’s according to Marca, which claims that the Spanish giants have ‘no intention’ of signing anyone new when the transfer window opens next month. That decision is a result of the club’s substantial outlay on Antoine Griezmann and Frenkie de Jong in the summer.

The Spanish outlet reports that Carles Alena will be leaving Barca on a loan deal to Real Betis, while Jean-Clair Todibo could also be allowed to leave, with the club again willing to sanction a loan deal for the player.

As January drifts quietly by in Catalonia, the club will focus their attention on another transfer splurge this summer, with a right-back and a centre-back thought to be among their top priorities. All of which piles the pressure on Nelson Semedo, Sergi Roberto and Samuel Umtiti in the second half of the season. A central midfielder could also be on the club’s wish-list, with both Arturo Vidal and Ivan Rakitic set to leave Barca before their current deals expire.

And Neymar continued to fuel the rumours of a potential return to Barcalona by posing for a photo with his former teammates, Lionel Messi and Luis Suarez. The Daily Mail report that the Brazilian was at a party to celebrate Luis Suarez’s 10-year wedding anniversary and posted the snap on his Instagram story.

— Carlo Ancelotti has only just arrived at Goodison Park but he has already identified a target from his former club as he looks to resurrect Everton’s fortunes. French outlet Le 10 Sport report that the Italian is intent on making a move for Lorenzo Insigne, who worked successfully with the former Chelsea boss during his time in Naples. The 28-year-old hasn’t had the easiest ride at Napoli this season, with the player attracting pelters from the passionate fans in Naples.

— With the aforementioned hunt for Haaland in fifth gear and Liverpool’s recent signing of Takumi Minamino on a four-and-a-half year deal, there could be another FC Salzburg player on the move in January. Hwang Hee-Chan is edging toward a deal with Wolves, with the South Korean star being the subject of a £23 million fee should he get to Molineux, according to German outlet Hamburger Morgenpost.

— A new name has emerged in Inter Miami’s coaching search. According to ESPN Deportes’ Jorge Ramos, former Pachuca and Monterrey manager Diego Alonso could be in line to be the first boss for the MLS expansion club, co-owned by David Beckham. Uruguayan native Alonso had success in Liga MX, winning a domestic title and the CONCACAF Champions League with Pachuca, plus another CCL crown with Monterrey.