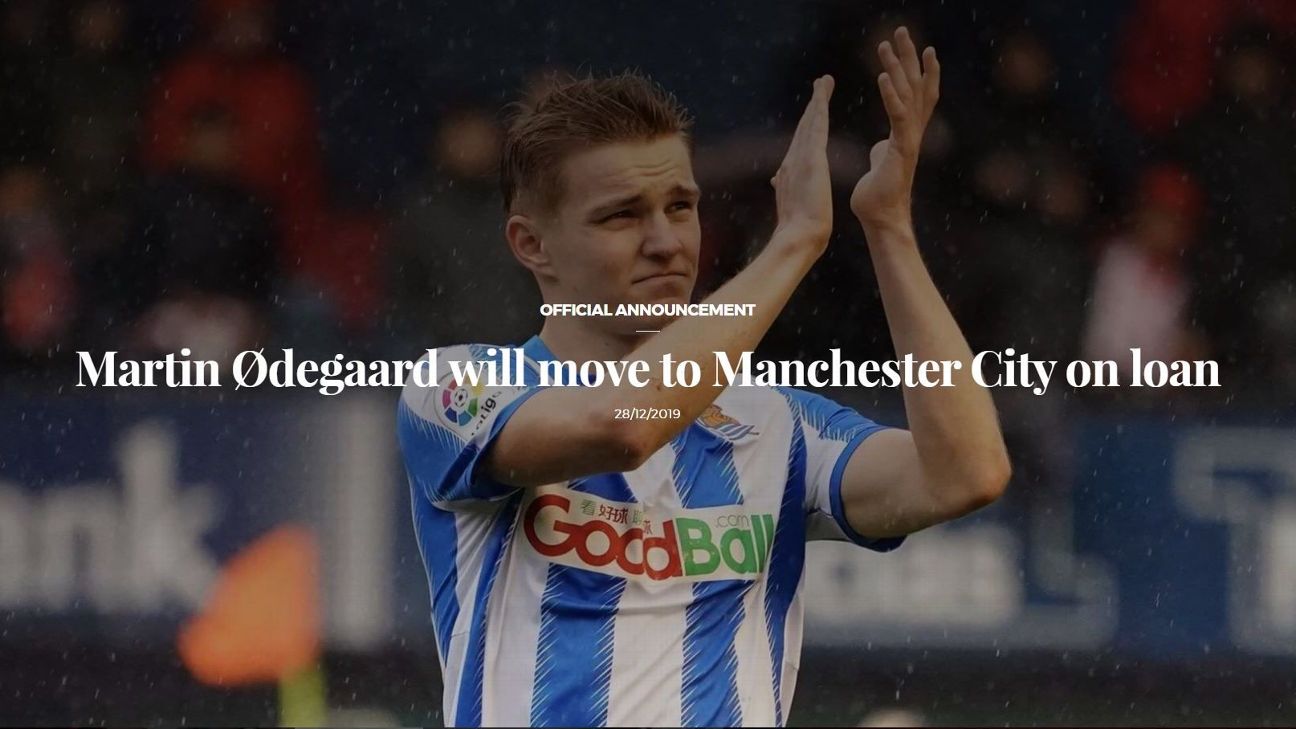 When Manchester City fans read the shock announcement in an official statement that their club had signed Martin Odegaard on loan, they must have thought it was too good to be true…

Manchester City fans in need of a boost after Friday’s 3-2 defeat at Wolves could have been forgiven for getting carried away when they saw Real Sociedad’s social media on Saturday morning and saw those two sweet words that mean so much when the transfer window is just about to open: “Comunicado Oficial.“

The La Liga club posted across all of its social media channels in Basque, Spanish, English and French with a link to the following club statement on Saturday, and the player himself even liked the post on Instagram.

The statement read: “Real Sociedad have reached an agreement with Manchester City over the loan of Martin Odegaard. The player is set to stay at Manchester City until the end of the season.

“The txuri urdin club wants to thank and offer recognition for the job done by Martin. He has shown great professionalism, dedication and loyalty to this club and we wish him well for the future.

“We are forced to take this difficult decision in order to avoid possible media comments for the next six months. What a relief!”

At first glance, this was the news that just the boost that City’s flagging Premier League title defence needed, one of Europe’s most talented young playmakers arriving at the Etihad to inject some much-needed urgency into the club’s underwhelming season.

However, there was one thing that should have set alarm bells immediately ringing, and that’s not even counting the oddly jovial sign-off to the statement or the fact that 21-year-old Odegaard is actually on loan at La Real from Real Madrid, and therefore they would not be able to send the Norway international on loan anywhere under the terms of their original loan agreement with his parent club.

That’s because Saturday was Dec. 28, otherwise known as “El Dia de los Inocentes” in Spanish-speaking countries and is their version of April Fool’s Day. The day is routinely marked by spoof stories in the media and, increasingly, football clubs are joining in the fun.

Despite being the jokers (or “inocentadas“) in this case, Real Sociedad were in fact making a serious point. The spoof story is commenting on the huge amount of speculation about Odegaard’s future that has arisen after a string of eye-catching performances with the San Sebastian-based club made him La Liga’s outstanding midfielder this season.

The original plan was for him to spend two years on loan at Real Sociedad until 2021, but he has exceeded all expectations so far this term and that has led to speculation that he will return to the Bernabeu a year early.

Officially under Spanish federation rules, loans of more than one year are not permitted, and it is the two clubs and the player who had agreed between themselves to a two-year stay for the Norwegian in the Basque Country.

Ultimately, it is Odegaard himself who will decide where he’ll be playing in 2020-21. But, sadly for Manchester City fans, it appears it will not be with them, and their club were just the unwitting collateral damage in a prank.