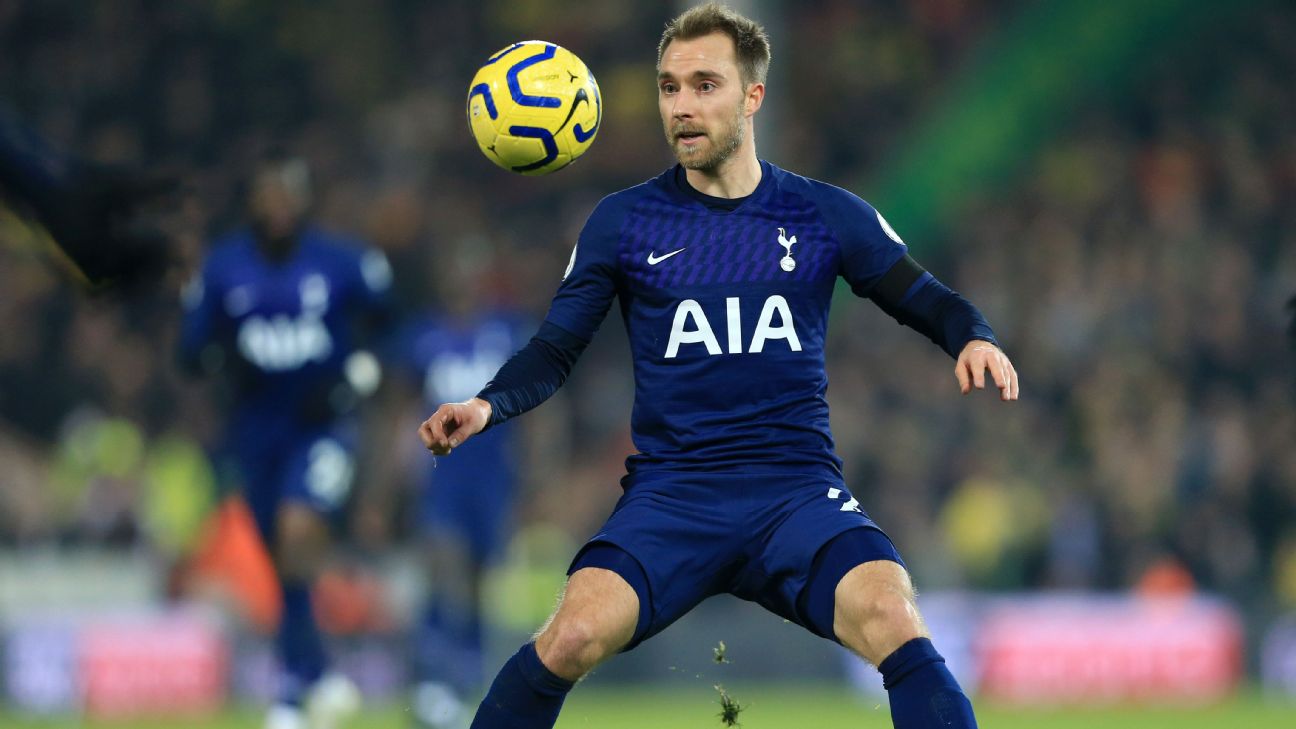 United prepared to wait to land Eriksen on a free

Manchester United are set to make a move for Spurs midfielder Christian Eriksen — but not until the summer — the Telegraph reports.

In what could be one of next season’s most dramatic transfer sagas, the paper claims that United are willing to move for the Danish playmaker, once his current Spurs contract expires at the end of the season. This would then allow United and other interested clubs to sign Eriksen on a free, rather than bidding for him next month, where a fee of some description would be required.

The transfer would put an end to years of speculation surrounding Eriksen’s future, as the 27-year-old has repeatedly refused to sign a new deal at Spurs. The former Ajax man has previously been linked with a January move, but it appears that interested parties have been scared off by the players’ potential £40 million price tag.

Salzburg’s Hwang to Wolves still aways from being done

The raiding of RB Salzburg’s talent pool looks set to continue next month, with both the Daily Mail and Sky Sports claiming that Hwang Hee-Chan is at the top of Wolves’ winter wish list.

German outlet Hamburger Morgenpost reported on Friday that a deal between Salzburg and Wolves for the striker was nearing completion. However, similar reports have since emerged in the English media, which instead state that Wolves remain merely interested as of now — with talks yet to get under way.

Sky Sports adds that a deal is far from assured, with interest in the 23-year-old also emanating from Germany, Spain and Italy. Hwang’s exit would see the South Korean become the second RB Salzburg player to join a Premier League side next month, after Takumi Minamino agreed a deal to sign with title-chasing Liverpool.

Chelsea winger Pedro is set to leave Stamford Bridge for MLS, with Inter Miami and New York City FC both interested in the Spaniard, Goal reports.

The 32-year-old has found game time hard to come by of late, with Chelsea bolstered by a number of options in wide areas — including Callum Hudson-Odoi, Christian Pulisic and Willian. The West London side are also likely to strengthen that position January, with the club’s recent transfer ban now lifted.

Both factors could signal the end for Pedro at Chelsea, where he has been a key player since signing for the club in 2015. David Beckham’s Inter Miami are thought to be one of the interested parties in the former Barcelona man, who could be signed on a free transfer next summer, as his current contract expires at the end of this season.

— When it rains it pours, and things could be about to get even worse for AC Milan, with league rivals Napoli attempting to pip them to the post to the signing of Celta Vigo midfielder Stanislav Lobotka. Calciomercato reports that €25 million could be enough to tempt the Spanish side into parting ways with their prized asset, altering teams from around Europe in the process. While Milan remain determined to seal the transfer, the Italian site claims that Napoli are currently the frontrunners in the race to sign the Slovakian.

— Juventus and Lyon could be the latest sides set to challenge Inter for Olivier Giroud‘s signature, that is, according to Calciomercato. The Italian publication claim that the powerful striker is Inter’s No. 1 target in their search for a Romelu Lukaku backup. However, Inter’s Serie A rivals Juventus are now thought to be keen on signing Giroud, as are Lyon, who currently find themselves in the midst of an injury crisis.