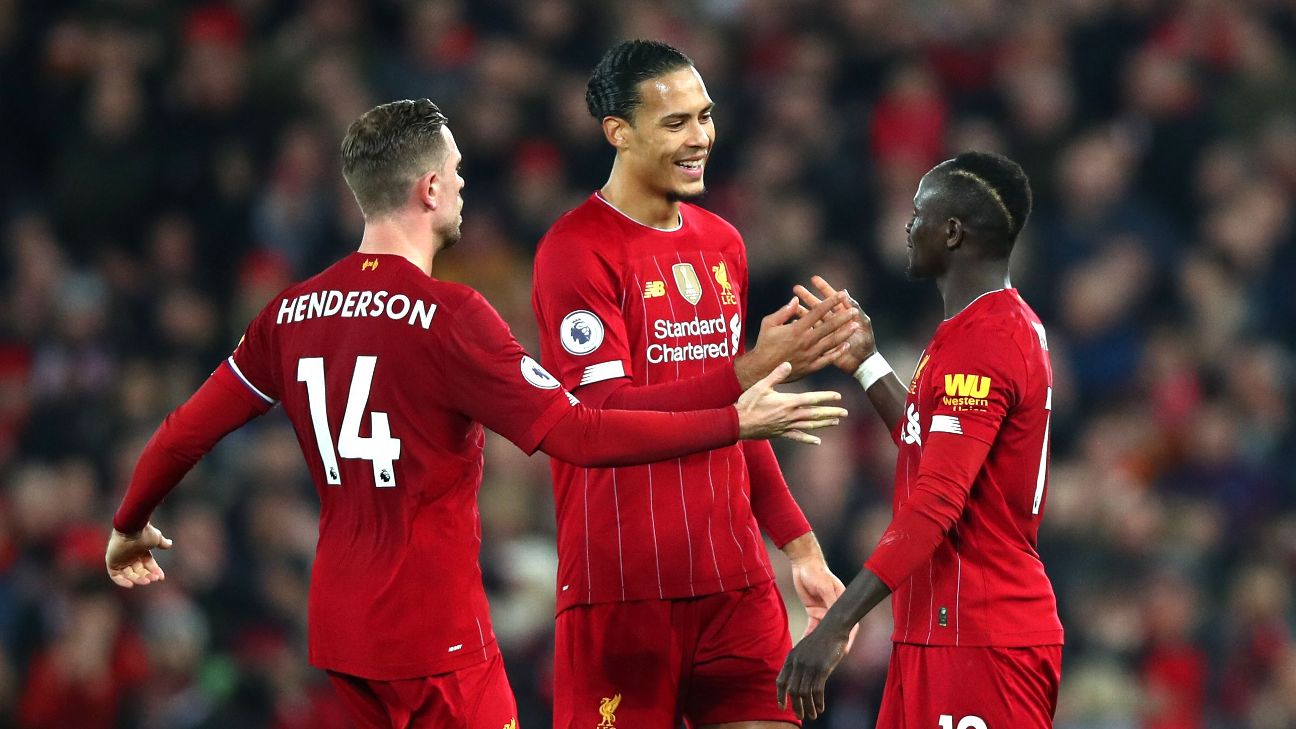 The New Year fireworks started early on Merseyside as Sadio Mane‘s finish lit up Anfield to secure a 1-0 win over Wolves and send the hosts 13 points clear at the top.

The Reds were made to work tirelessly in an exhausting encounter as both sides threw the kitchen sink at one another. It was the Senegal man’s strike, after a shoulder pass from Adam Lallana, that proved the difference in the 42nd minute of a relentless first half.

That lead threatened to be wiped out almost instantly, but Jonny was adjudged to be offside by the finest of margins, and the hosts survived a late onslaught to secure three points once again.

Liverpool made it 50 Premier League games unbeaten at Anfield, having won a staggering 40 of those. Klopp’s men made it six wins in a row against Wolves and end a remarkable year 13 points clear at the top. The Reds were made to work hard for victory and showed another string to their bow — and an abundance of character — with a stubborn defensive display to keep Wolves at bay.

Jurgen Klopp’s biggest bugaboo will almost certainly have been that his side didn’t have a bigger lead at the break having bombarded Wolves for the best part of 45 minutes. The Reds were fortunate to see their lead preserved by the finest of margins in a week full of controversy, after VAR adjudged Jonny to be offside… just, and were hanging on for the full-time whistle as the visitors hunted an equaliser.

6 — Amongst the chaos of a frantic festive fixture list, the Liverpool boss reinforced his title ambitions by making just one change to the side that thumped Leicester City just a few days ago. That gamble paid off as Mane struck, although fatigue threatened to kick in as Wolves fought back in the second half. A huge win for Klopp’s side.

GK Alisson, 6 — The Brazilian’s composure is simply startling — albeit risky — at times. The ‘keeper’s chipped pass to Virgil van Dijk over Neto’s head won the plaudits of the home crowd, although his ice-cool head almost came back to bite him as a poor clearance from Gomez’s back pass nearly caused chaos. He made some big saves after the break, thwarting Diogo Jota with strong hands after Van Dijk’s mistake.

DF Trent Alexander-Arnold, 8 — The young full-back produced a knockout performance on Boxing Day and he reinforced his status as the best right-back in the league with another fine attacking display here. That included plenty of well-placed deliveries, one of which was somehow scooped over by Mohamed Salah. He did admittedly get away with one when his misjudged attempted clearance was turned home by Pedro Neto, but VAR saved the day.

DF Joe Gomez, 6 — The young defender displayed excellent composure with a commanding challenge to see off the run off Neto after a rare error from Van Dijk, but put his keeper on the spot with a back pass under pressure and was later fortunate to see the ball escape Raul Jimenez after the forward’s superb run evaded his attention.

DF Virgil van Dijk, 7 — The big man brought up 100 appearances for Liverpool, but almost treated the Wolves forwards to belated Christmas gifts after misjudging a bouncing ball in the first half that sent Neto racing away, and later giving the ball straight to Jota. The Dutchman showed his class with a series of sensational long balls into the path of Mane, one of which led to the opener via Lallana’s shoulder. Thwarted Adama Traore with a mammoth block in the dying moments.

DF Andrew Robertson, 6 — The Scot looked to attack Wolves’ box within 58 seconds, picking out Salah with a ridiculous ball over the top before Alexander-Arnold fired over. As expected, he showed plenty of attacking intent, but Jonny caused him a couple of problems down the left — including the aforementioned heart in mouth VAR verdict.

MF Jordan Henderson, 6 — There have always been critics, but there can be no doubting the importance of Henderson to this Liverpool side as the skipper racked up his 350th appearance for the Reds. His performance included a mouth-watering one-two with Alexander-Arnold, although he gifted Jota one golden opportunity.

MF Adam Lallana, 7 — A bright performance from the ex-Saint, who pulled the strings in midfield in an impressive display. He *eventually* treated the home faithful to a collector’s item with an assist off the shoulder, following VAR intervention.

MF Georginio Wijnaldum, 7 — The midfielder couldn’t quite bring a well-worked short corner under his spell, firing comfortably over after striking the ball on the bounce. Still, it was an important battling performance from the Dutchman.

FW Mohamed Salah, 6 — The “Egyptian King” started brightly, but couldn’t quite bundle home the opener through a sea of Wolves bodies. Salah squandered several other golden opportunities to reinforce Liverpool’s lead — notably setting up by Alexander-Arnold and Mane — but he did provide a vital outlet for the Reds on the break.

FW Roberto Firmino, 7 — The Brazilian was involved in some positive link-up play with Salah, but his blocked effort was easily dealt with by Rui Patricio. He came desperately close to his fifth goal in four appearances when he met Alexander-Arnold’s whipped corner with a powerful header that flew wide of the left post.

FW Sadio Mane, 8 — Arguably Liverpool’s star man this season, the forward marked his 150th appearance with his 14th goal of the season when he emphatically finished Lallana’s flick-on. Prior to that, the Senegal man had Patricio scrambling, but his well-placed effort on the spin couldn’t quite find the corner.

MF Naby Keita, 6 — Replaced Lallana in the 68th minute and provided a vital burst of energy when Liverpool really needed it.

MF James Milner, N/R — Came on in midfield late on as Klopp looked to an experienced head to steady the ship.

FW Divock Origi, N/R — Didn’t have a chance to make a significant contribution after replacing Firmino as is side ended the game on the back foot.