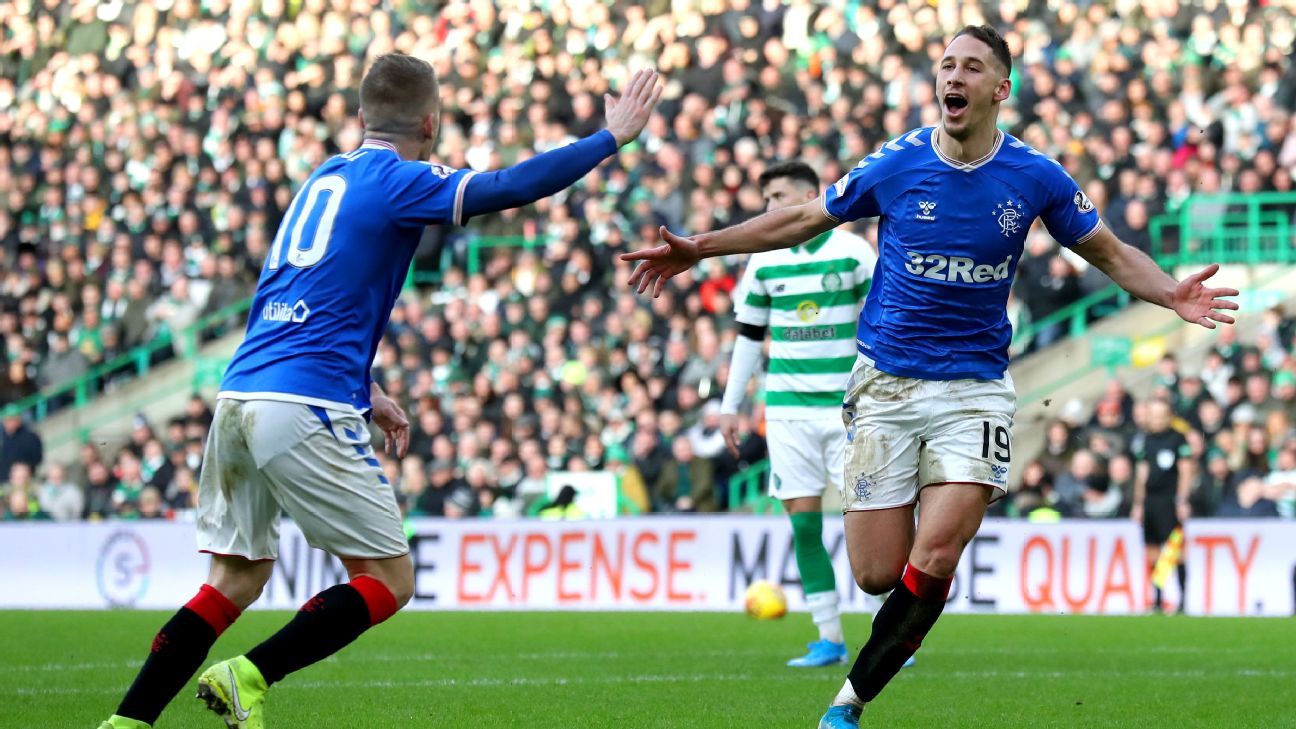 Alfredo Morelos was sent off as Rangers won the Old Firm derby 2-1 to reduce Celtic’s lead at the top of the Scottish Premiership to two points.

Rangers’ first win at Celtic Park since 2010 came after goals from Ryan Kent and Nikola Katic either side of a contentious Odsonne Edouard goal.

Celtic made a bad start to the game, first missing a penalty through Ryan Christie before Kent put the visitors ahead on 36 minutes.

Edouard equalised on 42 minutes but Katic’s header sealed an important three points early in the second-half.

Morelos was sent off in stoppage time for simulation meaning Rangers saw out the game with 10-men.