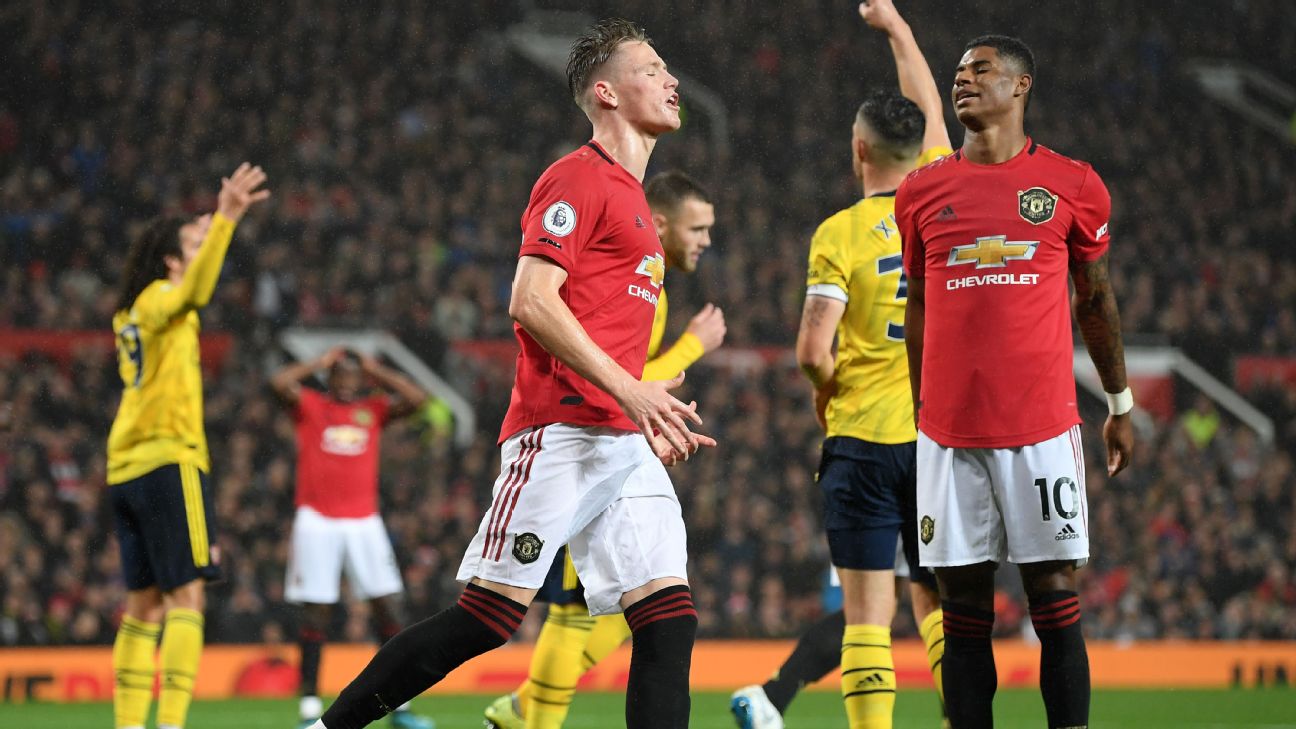 Jump to: Can Liverpool keep this up? | Can Saints threaten Spurs? | Can Ancelotti pick up a big win? | Man to watch | Match to watch | Stats of the weekend | Team that needs some luck | One thing that will definitely happen | Predictions

Can Liverpool really keep this up?

You would hesitate to call a team who have taken 82 from the last available 84 points lucky in any respect, but there was an element of fortune to Liverpool’s win over Wolves at the weekend, even ignoring the intervention of VAR. They’re brilliant, but there’s a seat-of-the-pants element to Liverpool’s play that a) makes games pretty exciting and not quite the inevitable processions that Pep Guardiola oversaw at Manchester City’s peak last season, but also b) leaves you with the nagging feeling that it might all go wrong soon.

If it’s going to go wrong against anyone, it might be Sheffield United, Chris Wilder’s insanely well-drilled and dynamic side that have stunned many big teams this season. And they nearly did that to Liverpool in October too; that game only ended in victory for the league leaders after a calamitous error by Blades keeper Dean Henderson, so with all of that in mind it won’t be the most colossal shock if the Blades got something from this game.

Will Saints pose a significant threat to Spurs?

Now this is a tricky game to call. The nine places separating the teams in the table would suggest only one result, but Southampton have looked revitalised in recent weeks, their past three results — wins at Aston Villa and Chelsea, a solid point against Crystal Palace — suggesting a team that have turned a corner. And then there’s Tottenham, not entirely convincing against Brighton and not in the least convincing against Norwich, performances disjointed and defence uncertain.

On form, you would probably be better putting your money on Saints, which feels like an odd thing to write given the deep problems their team have suffered this season. And if Spurs lose, one wonders if that will a) cause some deep introspection from Jose Mourinho and b) change any of their plans going into the January transfer window.

Will Ancelotti turn his gravitas into a big win for Everton?

Who knows whether Carlo Ancelotti is what Everton need in the long run, but his immediate impact has been clear: they look much better, and what’s more they look like a team managed by a grown-up. But now for a real test of how much better they are under him, a trip to Manchester City, who might not be the impregnable force we thought they were last season, but they’re still a significant foe. Everton are now managed by someone with real gravitas, but that’s all ephemeral until he converts that into real points and performances. And what better way to prove that than by beating City and Guardiola.

The thought process behind bringing manager David Moyes back to West Ham is an interesting one. He did a good job in keeping them in the Premier League in 2017-18, was justified in thinking he deserved a longer contract than the six months he was initially awarded, and in ultimately walking away when no such contract materialised. So is this a mea culpa from West Ham, a recognition that they got things wrong in allowing Moyes to go? Did they actually get it wrong, or was it just the identity of the replacement that was the error?

And how will Moyes approach this? One of the reasons they went elsewhere 18 months ago was his style of play, with games at the London Stadium grim affairs, which was possibly because they had to be in the circumstances, but they were unenjoyable all the same. Will he change that or will he simply view them returning, cap in hand, as a sign that he was right all along?

The game you’re not planning to watch … but should

Quite apart from the Moyes factor, this is a game between two teams floundering and desperate for a result, who are both very much in the relegation scrap. That might be enough to hold your interest on its own, but it will also be interesting to see what changes about both sides: Moyes will obviously have a different approach than Manuel Pellegrini, and Bournemouth’s results and performances recently surely mean that Eddie Howe will have to alter something. Tune in — this one could be grimly fascinating.

– Chelsea have won all nine of their league meetings with Brighton — the best such 100% record in English football league history.

- Tottenham haven’t lost their first league game of a calendar year since 2009 (0-1 at Wigan), winning eight and drawing two since then. They have also won their last six Premier League matches played on New Year’s Day.

- Carlo Ancelotti is looking to become only the second Everton manager to win each of his first three Premier League games in charge of the club, after Joe Royle in 1994

- No team has won more Premier League games on New Year’s Day than Arsenal (9). The Gunners are unbeaten in their last three Premier League meetings against Man Utd (W1 D2) — they’ve not gone four without defeat against them since February 1999 (W3 D1).

For 30 minutes against Chelsea, we saw sparks of what this Arsenal could be. Then of course they collapsed in entirely predictable fashion and we remembered what they actually are, and have been for a while. The trick for Mikel Arteta is to imbue his team with more of the former and less of the latter, which is obviously easier said than done and will take time. But a useful shortcut would be victory over Manchester United, by any means necessary, and outright fortune very much counts. That would boost confidence, and if there’s anyone in the Gunners’ dressing room doubting Arteta, then victory here might solve that.

Man United are playing a big team, so they will play well

This game will be an interesting test of Manchester United’s odd habit of playing well against the big teams but struggling more often than they should against the strugglers. Which are Arsenal? Technically a big team, but one in 12th place, closer to the relegation zone than the Champions League places and who have won only one in their past 12 league games. What is it that United seem to respond to: the actual quality of their opposition or the occasion? On a more tangible level, victory in this one could take United within a point of the top four, which is pretty decent going for a team who haven’t actually looked any good for most of the season.