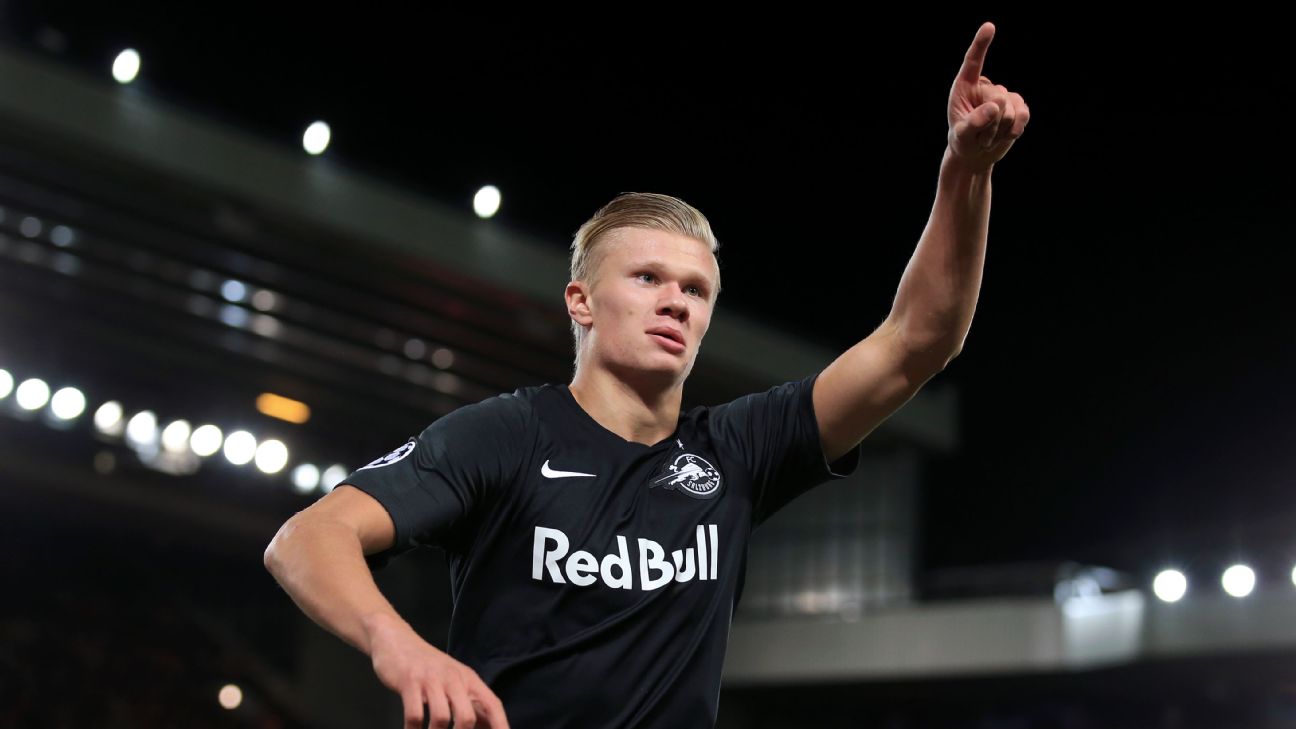 Nearly a decade ago, LeBron James turned the next step of his career into a television spectacle. “The Decision” drew 13 million viewers at its peak and ended with James announcing he’d be “taking his talents to South Beach.”

With a bit more entrepreneurial thought (some might say vulgarity) Erling Haaland might have done the same, such was the dogfight for his services. Unlike James, he wasn’t a free agent, strictly speaking, but the €20 million release clause in his contract amounts to the same thing. You didn’t need to negotiate with FC Salzburg to secure the teenage phenom; you just had to write a check. All you had to do was convince the boy (and his dad, Alfie, and his advisor, Mino Raiola, and whoever else he listens to) that you were the right step for the next phase of his career. And that’s where he’d be taking his talents.

The fact that there was no negotiation with his club, only with the player and his advisors, is one of the elements that sets this apart from the last teenage transfer of this magnitude, when Kylian Mbappe moved from AS Monaco to Paris Saint-Germain in 2017.

When a buyer negotiates with a player and a selling club, there is the opportunity for triangulation: in other words, to play one off the other. PSG had to beat Real Madrid (and others) to the Mbappe deal but equally, Monaco needed to cash in. That delicate balance guided the deal. Not here. Haaland had all the leverage not just in terms of wages and contract, but in conditions and career planning. It’s not a coincidence, either.

Haaland is a kid whose path has been meticulously planned. The added bonus of having a footballer father — Alf Inge Haaland played for, among others, Leeds, Manchester City and Norway — meant the best networks and contacts were only ever a phone call away. And in football, as in life, who you know is almost as important as what you can do.

Before even moving form his hometown club Bryne to Norwegian powerhouse Molde, Haaland had visited more than a dozen top clubs around the continent. He was on everybody’s radar but chose Molde, then coached by Ole Gunnar Solskjaer, as a natural stepping stone. Eighteen months later, he was on the move again, this time to Salzburg, part of the Red Bull footballing empire. Another calculated move: Salzburg are at the cutting edge of football development and though breaking through there would be a challenge, it was a manageable one. He’d be virtually guaranteed playing time, he’d experience a very different style of football and he had a shot at better exposure whether in the Europa League or, as it turned out, in the Champions League.

The most crucial decision in all of this was the release clause. Haaland accepted a wage that was considerably lower than you’d expect for a double-digit goalscorer, and far less than he could have earned elsewhere as a blue-chip prospect. Growing up as the son of a professional footballer (and therefore financially comfortable) he had the luxury to make that choice, but it was also a case of betting on himself. If he succeeded, Salzburg would quadruple the return on the 5m they invested on him. If he didn’t, he’d get a top footballing education and could look to relaunch his career elsewhere.

Few would have expected his development to progress so quickly or that he’d bang in so many goals on the big stage so soon. Haaland and his father retained the services of Raiola to advise him and by November, the two dozen or so clubs who had expressed interest in him had been whittled down to three: Leipzig (thanks to the Red Bull connection), Borussia Dortmund and Manchester United. He chose Dortmund after meeting top club brass and immediately the spin began.

United, as reported by my colleague Mark Ogden, were put off by Raiola’s demands, in particular for a release clause to be inserted in his contract and possible a share of a future sell-on as well. Leipzig felt they were always outsiders given the size of the other two clubs and they too were uneasy about dealing with Raiola.

As for Dortmund, they spun the tale of the perfect stepping stone. They are a massive club with 80,000-strong crowds, they have the Yellow Wall, they are in a position to compete for the Bundesliga title most years, they have Champions League pedigree and they have a tremendous record in developing youth: witness the rise of Jadon Sancho and Christian Pulisic.

Spin? Sure, it’s spin. All three clubs are playing plenty of youngsters this season, not just Dortmund, and as for the latter’s record of developing kids: look a little closer, will you?

First off, there’s a difference between joining Dortmund at 16 and spending time in the youth team (as Pulisic did) or at 17 and spending a year coming off the bench (like Sancho) and coming in as the most hyped teenager in the world on starter wages.

Second, a look at the promising youngsters they signed in the past few seasons and their development (or lack thereof) suggests it’s not quite automatic: witness the likes of Abdou Diallo, Marius Wolf, Manuel Akanji, Mahmoud Dahoud or Dan-Axel Zagadou. Not to mention the last tall Scandinavian target man who came to Borussia Dortmund, Alexander Isak. At 17, he was the most expensive player in the history of the Swedish league, failed to progress, went on loan and, two-and-a-half years later, was sold at a loss to Real Sociedad. (To be fair, he’s still just 20 and while he’s not been starting, could yet develop.)

Haaland’s camp made a big deal out of meeting Dortmund boss Lucien Favre. That’s great and all, but the reality is that he was on the verge of being fired six weeks ago and could still be gone in the summer. For that matter, so could Solskjaer, part of the big draw of moving to Old Trafford. If coaching stability was such a factor, then Leipzig and Julian Nagelsmann would have been a no-brainer, but it was only a piece of the puzzle.

What were the other pieces?

According to a report in Gazzetta dello Sport, the fee for his advisors played a huge part. They claim his dad is getting a €10m commission, while Raiola carved out €15m for himself. Those numbers are unconfirmed of course, but they’re also far from implausible. The Football Leaks revelations shed plenty of light on the fees Raiola earned from the Paul Pogba deal (from both sides, no less) and before that, we found out how much Neymar Senior earned from his son’s move to Barcelona. These figures are by no means out out of line. As for money to his father, it’s his dad, for goodness’ sake. It all flows to the same place.

Those who rail against the power of agents and family members are frankly misguided here. They do what clubs and players enable them to do. Raiola, famously, doesn’t have written contracts with his clients. They can ditch him at any time. Some have (Romelu Lukaku), but most have stayed with him. Why? Not because they’re stupid, but because they’re happy with the work he does. FIFA are working to apply caps to commissions, but the simple truth of the matter is that most big clubs don’t mind cozy relationships with certain super-agents, and the last thing they want is more oversight, more transparency and more regulation. After all, they’re the ones who pay the mega-commissions and the outsized signing-on fees.

Haaland’s camp likely negotiated a release clause — whether official or something like the deal they struck over Henrikh Mkhitaryan — just like the one they tried to get from United. Of course, this means they hold all the leverage once again provided Haaland continues to grow.

It’s a good thing for Haaland and not necessarily a bad thing for Dortmund, all told: they still get the hottest teenage property in Europe at a price (even with the commissions) that is more than reasonable. But what the Haaland deal tells us, above all, is that there are very few gems to unearth at the highest level, there are very few secrets in traditional scouting and that even the best deals come with all sorts of strings attached.

And, most of all, if your agent is clever enough to turn you into a de facto free agent then, like LeBron, you’re well placed to decide for yourself where to take your talents next.