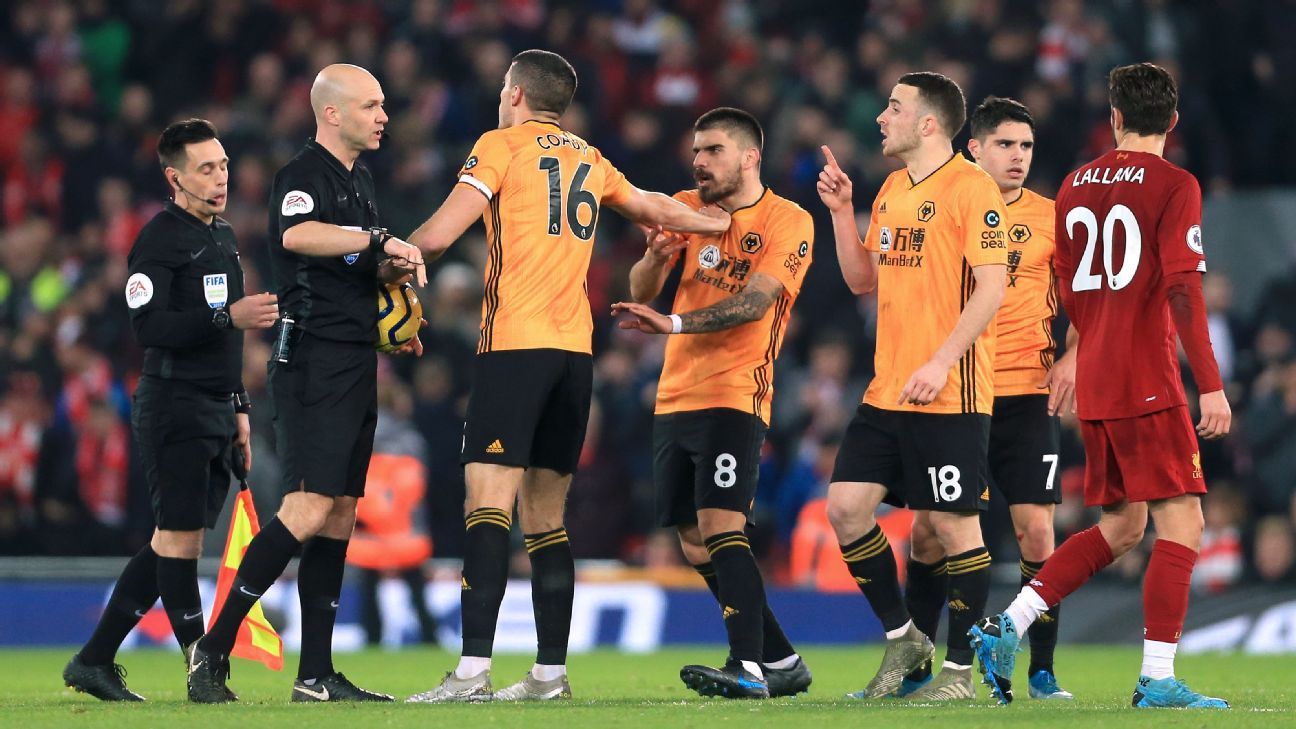 A controversial Sadio Mane goal was enough for Premier League leaders Liverpool to secure a nervy 1-0 victory over Wolverhampton Wanderers and open up a 13-point cushion over their nearest challengers on Sunday.

Mane, in his 150th game for the club, netted three minutes before the break only for Adam Lallana to be penalised for handball in the build-up.

However, a lengthy VAR review deemed the ball hit the midfielder’s shoulder and the goal stood.

Liverpool, sporting gold World Champions badges on their shirts after their Club World Cup triumph, were rarely at their brilliant best but showed once again that they appear to have the mettle to claim a first domestic league title in 30 years.

Referee Anthony Taylor had blown for handball as Lallana brought down Virgil van Dijk‘s long ball before Mane swept in a half-volley. A lengthy VAR stoppage ensued before the decision was overturned much to the fury of the Wolves players and bench.

The visitors were then left seething when denied an immediate riposte after Pedro Neto‘s effort was disallowed — again following a VAR review — following the most marginal of offside decisions against Jonny Otto.

Wolves captain Conor Coady, who came through the Liverpool academy, called for better communication between the authorities, officials and players as the VAR technology is implemented in England’s top flight.

“We feel massively hard done by. I can’t get my head around it. It’s ridiculous,” Coady told Sky Sports. “For me it [VAR] is not working. Some people are saying it gets the right decision but we’re the players on the pitch and it doesn’t feel right to me.

“Anthony Taylor is a great fellow to speak to, but I ask a question and I don’t get an answer.”

Joao Moutinho and Romain Saiss blasted over presentable opportunities for Wolves, who pressed hard for an equaliser but failed to find the net.

Wolves coach Nuno Espirito Santo was booked in the aftermath after protesting with fourth official Mike Dean, but following the match he refused to be drawn into a discussion on VAR.

“These decisions are being taken by a referee miles away and he doesn’t have the feel for the game,” he said.

“What we don’t want is (what happened), to come to Anfield, Liverpool, a fantastic team, fantastic fans, fantastic stadium and we are left celebrating a non-goal.

“We had to manage our players. We played 45 hours ago, the way the players coped, a lot of them played 90 minutes in both, it’s amazing and it tells you a lot about their character.”

Liverpool have 55 points from 19 games, while Wolves are seventh in the table five points behind Chelsea in fourth.