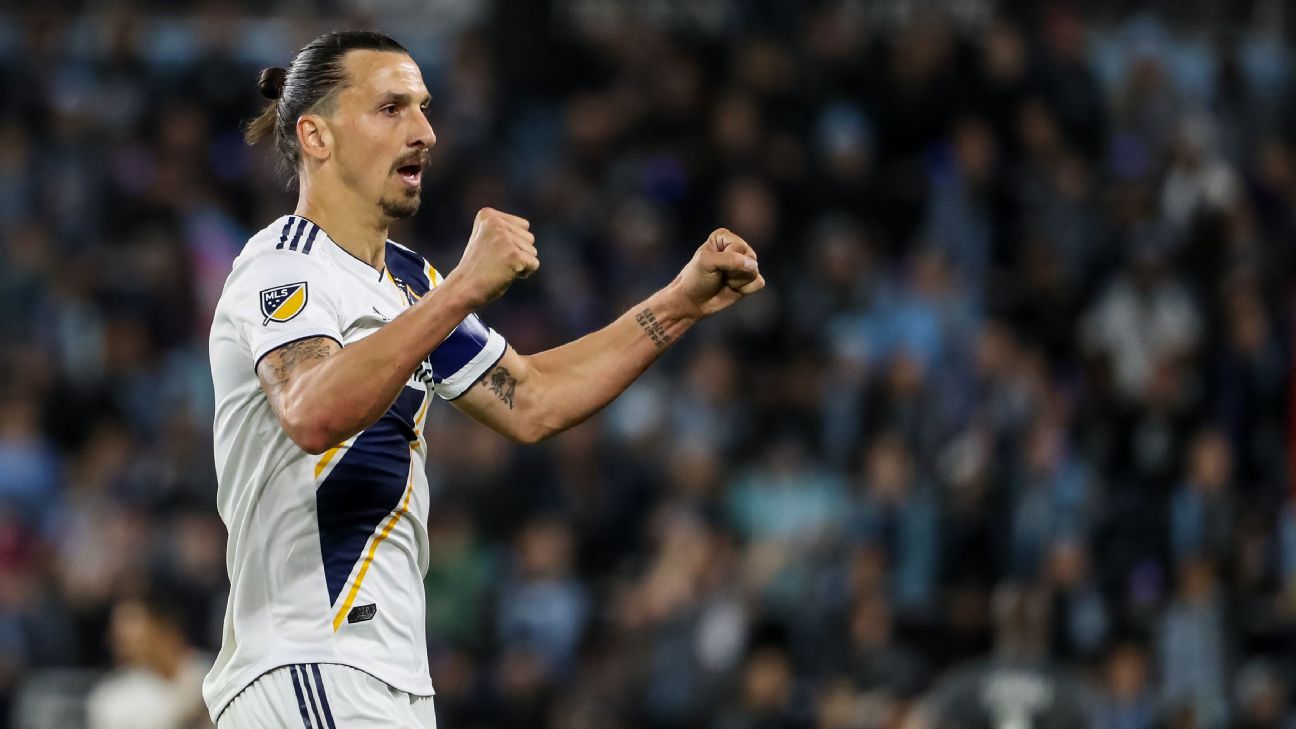 New AC Milan signing Zlatan Ibrahimovic has vowed to improve the club in his presentation on Friday following his return to San Siro.

The 38-year-old, who spent two seasons with Milan from 2010 to 2012, signed a six-month deal with the Serie A side, having decided to end his two-year stint in MLS with LA Galaxy.

Milan have endured a difficult first half of the campaign, with manager Marco Giampaolo, who had been appointed in the summer, sacked after just four months. The Rossoneri sit 11th in the table after 17 matches.

“I am here to improve things, I have watched the squad from the outside,” Ibrahimovic said. “Let’s take it one match at a time — there is a lot of quality in the squad.

“The results are not ‘wow,’ but it’s a marathon not a sprint.”

Ibrahimovic also said he has proved many doubters wrong by coming back from a serious knee injury at the age of 35, while playing for Manchester United.

“Before the injury, I had many thoughts, many [people] told me it would be impossible to come back,” he said. “I worked hard and to the point I can still play now.

Ibrahimovic’s return to Milan had been mooted for some time and the former Sweden international said he had been inundated with requests from clubs, despite his age.

“After my last match with Galaxy, [Milan director Paolo] Maldini called me,” he added. “We spoke about how I was and about normal things.

“At 38, I had more requests than at 28. I was looking for the adrenaline inside of me, to ensure I get the best out of myself. I spoke to [Milan director Zvonimir] Boban a lot, then a month went by and after [the 5-0 defeat to] Atalanta, there were a lot of phone calls.

“I wasn’t a difficult decision. In 2012, I left without my say-so, but that was the situation and I couldn’t do anything about it.”