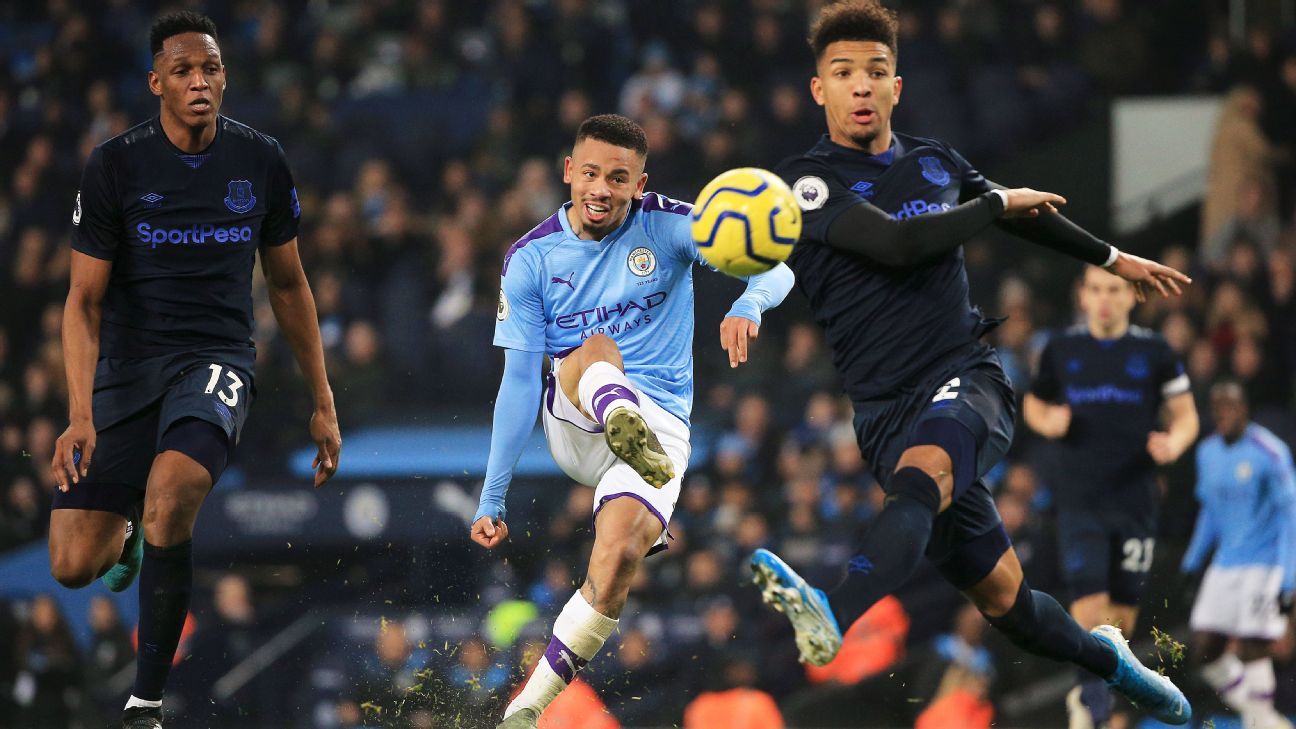 Manchester City knocked off Everton in the Premier League on New Year’s Day with a 2-1 win on the back of a Gabriel Jesus brace.

Pep Guardiola rotated his side ahead of the match, with Raheem Sterling, Sergio Aguero and David Silva all on the bench as the team navigated the busy Premier League festive season.

Phil Foden was handed the start and looked to have scored the opener for City early in the match, only for the goal to be ruled out for an offside call against Riyad Mahrez in the buildup.

The hosts took the lead shortly after the restart when Gabriel Jesus curled a perfect shot past Jordan Pickford, who could only get a fingertip on the strike, to stake Man City to a 1-0 lead.

Jesus wasted no time doubling City’s lead, blasting a shot past Pickford at the near post from a Mahrez assist for his second goal of the game.

Everton would claw one back near the 70-minute mark after an errant Claudio Bravo pass out of the back led to a goalmouth scramble that saw Richarlison poke home at the far post from a deflected Theo Walcott shot to make it 2-1.

The result keeps Manchester City in third place, one point behind second-placed Leicester and 11 behind Liverpool, who play Sheffield United on Thursday and also have a game in hand.

“When you are far away from first sometimes people give up, but we never give up,” Guardiola said of their gap to Liverpool in the table. “We have to keep going.”

Everton, whose new manager Carlo Ancelotti suffered his first defeat since taking over from Marco Silva, remain in 10th place in the table.

“At the end City deserved to win — they were better than us,” Ancelotti said. “We need time to work and adjust things which are not good.”