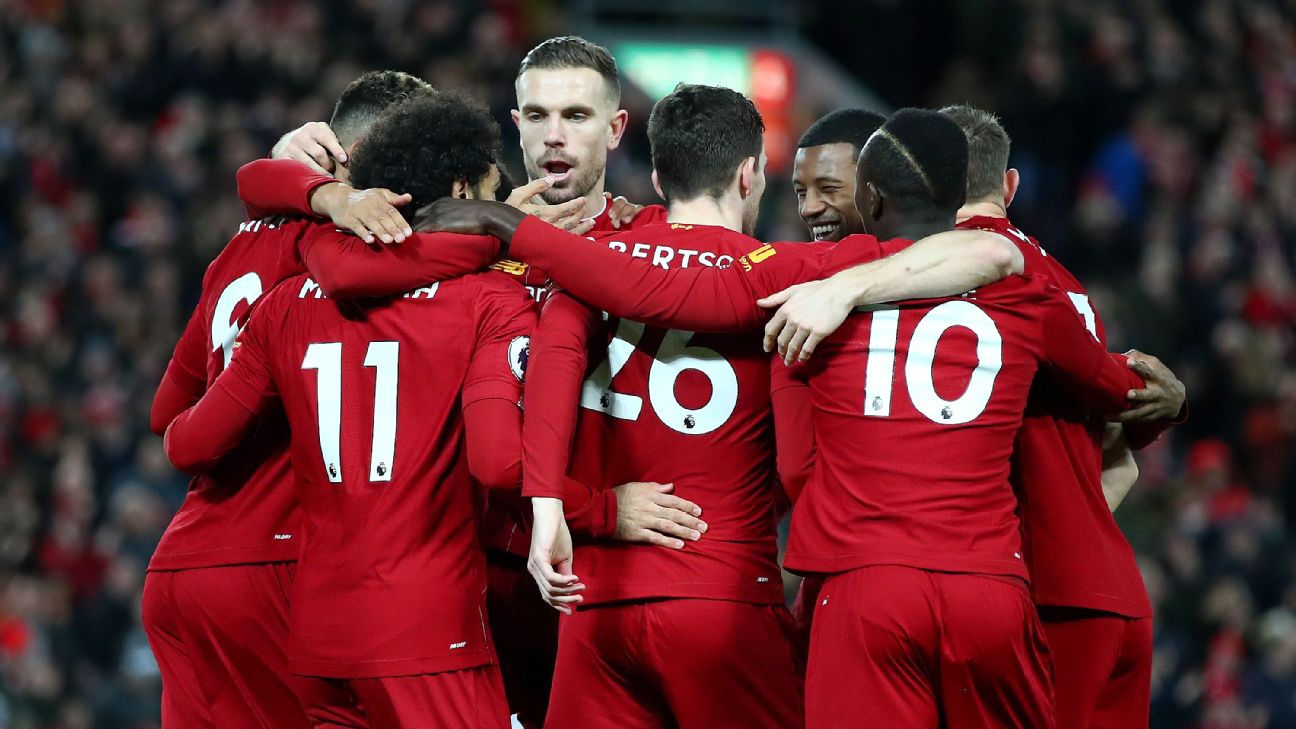 Liverpool restored their 13-point lead at the top of the Premier League table thanks to a comfortable 2-0 victory over Sheffield United at Anfield.

Mohamed Salah opened the scoring after four minutes when he tapped home Andy Robertson‘s cross, and Sadio Mane made the points safe just after the hour mark when he smashed in the rebound after Sheffield United goalkeeper Dean Henderson parried his initial effort.

The Blades are one of the toughest propositions when it comes to Premier League visitors, but the early goal allowed Liverpool to take complete control early on, and despite threats of a quick response by the visitors, Jurgen Klopp’s side never looked in danger of conceding chances.

The conversion rate of promising openings into genuine goalscoring opportunities was poor by Liverpool’s high standards, which, in fairness, was largely down to United’s robust five-man defence. That said, the likes of Sadio Mane and Roberto Firmino were also not quite at their best when it came to a final ball.

6 — Business as usual for Klopp, who probably doesn’t need to provide much in the way of team talks such is his side’s machine-like form at the moment.

GK Alisson, 6 — Forced into a stinging yet comfortable save from David McGoldrick‘s long-range effort as the Blades responded well to going behind, and gratefully saw Oli McBurnie’s effort from a few yards out fall straight into his hands on the goal line late on.

DF Trent Alexander-Arnold, 6 — Didn’t have as much joy in the final third as his colleagues on the other flank, but the England international provided some brilliant passing from deep, releasing James Milner and Mane into space on the way to two early Reds openings.

DF Joe Gomez, 6 — Just the one minor hiccup when the centre-half misjudged a bouncing ball in midfield, but he fortunately had Virgil van Dijk behind him to tidy things up.

DF Virgil van Dijk, 7 — Liverpool’s Rolls-Royce makes defending look so easy, and this was another performance that saw the Dutchman glide imperiously through 90 minutes of a game that he always looked five seconds ahead of.

DF Andy Robertson, 7 — The Scot capitalised on an unfortunate slip by George Baldock to lay the ball on a plate for Salah to tuck away the early opener. The former Hull man was untroubled in his own defensive third and was subbed off in the closing stages for Adam Lallana.

MF James Milner, 6 — Drafted into the Reds starting lineup following a pre-match injury to Naby Keita, and the 33-year-old nearly got on the end of a teasing Alexander-Arnold pass that Henderson just about cut off. A solid display.

MF Jordan Henderson, 7 — Provided a brilliant whipped cross which Salah was unfortunate not to score from in the first half, and the skipper was at the heart of everything. Kept play ticking over, whilst also dropping in at centre-half to allow the full-backs to venture forward.

MF Georginio Wijnaldum, 6 — Almost found the top corner in the 19th minute when he shifted onto his right foot in the penalty area in what was a busy first half, but we saw slightly less of him going forward in the second period.

FW Mohamed Salah, 8 — There was only going to be one winner when the Egyptian got on the wrong side of Jack O’Connell to slot home the opener after four minutes, and he could have had two or three more had it not been for a combination of heroics from Henderson and the woodwork. Also ended the game with an assist as he laid the ball on for Mane’s strike, before being replaced by youngster Harvey Elliott in the final minute.

FW Roberto Firmino, 5 — Not quite the Brazilian’s day as he ultimately wasted several opportunities when in great positions to provide a telling pass. Nearly found the net in the second half with a rasping drive from distance but still searching for his first Premier League goal at Anfield since March.

FW Sadio Mane, 6 — Buzzed about the pitch with his usual intensity and tenacity, and while he generally struggled to deliver an end product, his endeavor was rewarded as he followed up his own saved shot to whack the ball into an empty net to put the game to bed. Replaced by Divock Origi for the final 13 minutes.

FW Divock Origi, N/R — The job was already done by the time the Belgian was drafted into the forward line.

MF Harvey Elliott, N/R — Came on for the final seconds for his Liverpool league debut.