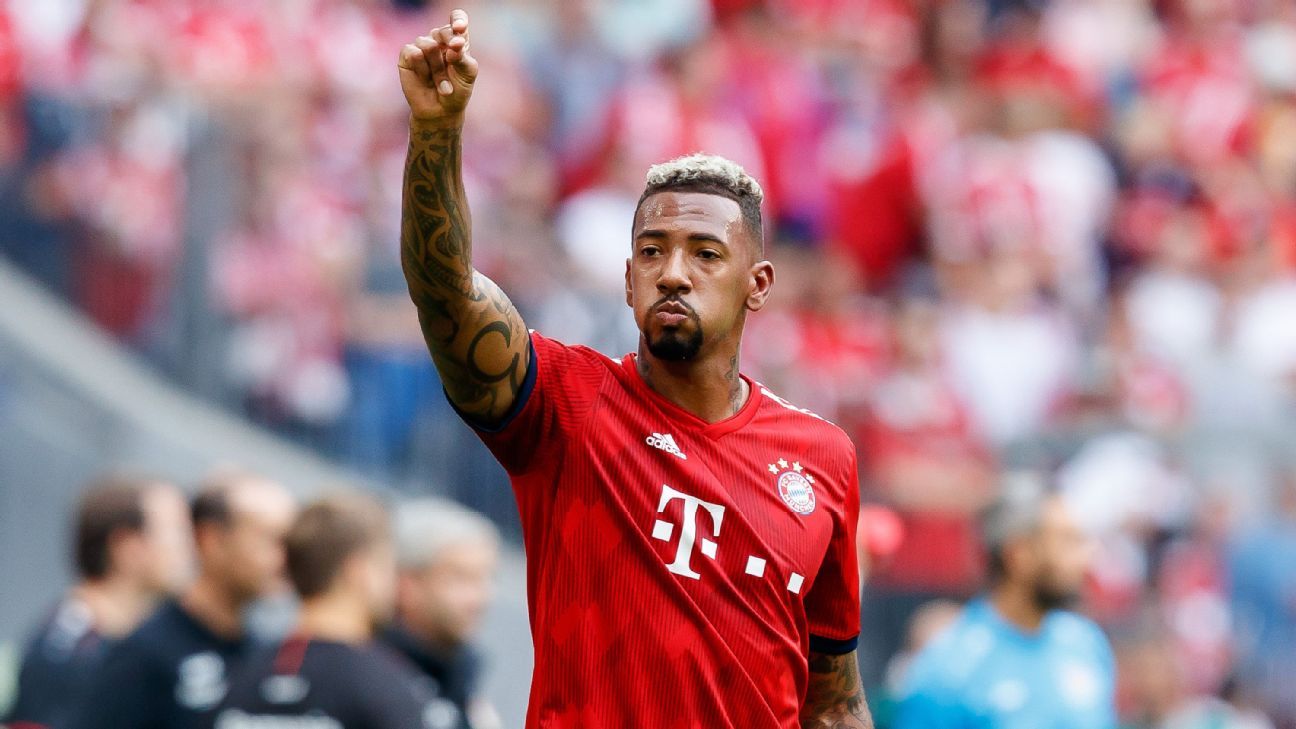 Arsenal needed to improve their defence even before the season-ending injury to Calum Chambers, and Sky Sports Germany claims that Bayern Munich defender Jerome Boateng is of interest.

Boateng, 31, has slipped down the pecking order in Munich with the club happy to sell for around €15m. The Germany international already has experience of playing in the Premier League, having been on Manchester City’s books from 2010-11.

RB Leipzig’s Dayot Upamecano, Juventus’ Merih Demiral and Barcelona’s Samuel Umtiti have all been linked, but  would cost upwards of €50m and Boateng is seen as a cheaper option.

08.54 GMT: D.C. United are in “advanced talks” with Liga MX side Morelia over signing Peru international Edison Flores, a source confirmed to ESPN on Thursday.

The 25-year-old attacker was a key part of Morelia reaching the semifinal of the 2019 Apertura, netting seven goals and providing four assists over the season. Flores has played most of his career as a left winger, but was often used last season at Morelia as a No. 10, or even a centre-forward.

D.C. United has been looking for offensive firepower this offseason, having lost Wayne Rooney and Luciano Acosta at the end of the 2019 MLS season.

Gabigol was a big hit at Flamengo while on a season-long loan from Inter Milan. Inter reportedly turned down a €16m offer from the Rio de Janeiro club for Gabigol, who finished as the top scorer in the Brazilian and Copa Liberadores competitions with 43 goals in 58 appearances.

In their offer, Flamengo also had allowed for Inter to have a 20 percent stake of the player’s future sale.

According to the Esporte Interativo, Flamengo’s offer was too low and Inter are now negotiating with West Ham, who are reportedly preparing a €20m bid to sign the 23-year-old. Gabigol, who is also a reported target of Crystal Palace and Chelsea, is tied to Inter until June 2022.

Inter signed the Brazil international from Santos in the summer of 2016 in a €29.5m transfer but after failing to impress with the Nerazzurri, he was loaned to Benfica and Santos before arriving at Flamengo a year ago.

08.00 GMT: Manchester United have been dealt a blow in their pursuit of Lyon’s Moussa Dembele after the Ligue 1 side released a statement which said the forward is not for sale.

Sources have told ESPN that United have been interested in signing Dembele with Ole Gunnar Solskjaer in the market for centre-forward and having missed out on Erling Haaland.

However, Lyon have said they do not want to let the 23-year-old leave the club in January.

“Lyon have moved to reaffirm their desire, just as in the summer of 2019, to keep Moussa Dembele,” a club statement read. “Lyon have complete confidence in Moussa and count on him as we build a powerful team for the seasons to come.”

Manchester United have set £150m as the price tag for any potential sale of Paul Pogba, the Daily Star reports.

The Frenchman has been heavily linked with a move away from Old Trafford, despite still having 18 months left on his contract. Pogba is believed to have no interest in signing a new deal in the midst of great interest from Real Madrid and former club Juventus.

The Old Lady are the frontrunners to secure the signing and will likely put everything they’ve got behind bringing him back to Turin, whereas Red Devils boss Ole Gunnar Solskjaer is adamant that he can get Pogba to remain at the club.

Meanwhile, The Times reports that Pogba’s teammates expect him to leave the club this summer despite him having 18 months remaining on his contract.

As reported by Daily Mail, Manchester United have entered the race to try and sign Norwich City star Todd Cantwell.

The youngster, who is currently contracted to the Canaries until 2022, has been turning heads since the start of Norwich’s first season back in the Premier League. United will be joining Manchester City and Tottenham Hotspur in their pursuit of Cantwell over the next few years.

However, while they may be in the running, City could have the advantage as they’ve been tracking Cantwell’s work for a few years now.

As reported by Calciomercato, Inter Milan are continuing to pursue Barcelona midfielder Arturo Vidal as the January transfer window begins.

The popular midfielder has officially returned to training with Barca with the expectation being that he will feature against Espanyol this weekend, although that could well be his final game with the Spanish giants.

Antonio Conte wants to get a deal done in order for Vidal to spend the second half of the season with Inter as they continue their push for the Serie A title, with Barcelona currently valuing him at around €15-20m.

— Southampton are believed to be interested in signing Real Valladolid defender Mohammed Salisu, Sky Sports News reports. The youngster’s buyout clause is currently only priced at €12 million which is one of the primary reasons why the Saints believe they could secure the signing. Alas, while it’s a possibility, the club are more interested in putting the focus on bringing in a few full-backs.

— Sheffield United have entered themselves into the race to try and sign Nice star Adrien Tameze, The Telegraph reports. The midfielder has also been attracting the attention of Southampton, Aston Villa and Burnley, although the Blades are believed to be leading the way and want to tie up a deal sooner rather than later now that the January transfer window is officially open.