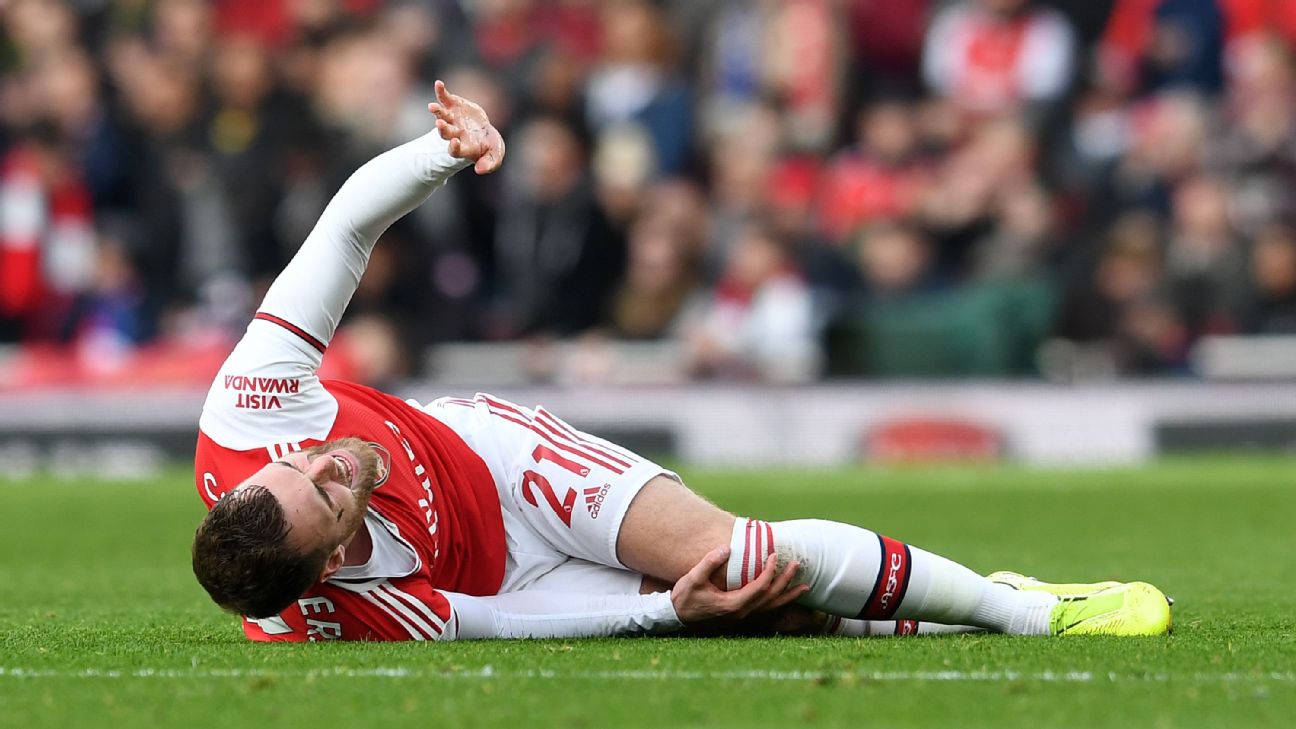 Arsenal defender Calum Chambers is set to miss the rest of the Premier League season after rupturing the anterior cruciate ligament of his left knee, the club confirmed on Thursday.

The centre-back, who has impressed this season, was forced off during the first half of Arsenal’s 2-1 defeat to Chelsea at the weekend.

The 24-year-old underwent surgery on Thursday and the club confirmed that he will be out for six to nine months while he undergoes rehabilitation.

“Everyone at the club will be supporting Calum to ensure he is back on the pitch as soon as possible,” the club said in a statement.

The injury deepens Arsenal’s defensive crisis with Kieran Tierney unavailable after dislocating his shoulder in December and Hector Bellerin being assessed for a tight hamstring.

Speaking at a press conference on Thursday, Arsenal manager Mikel Arteta confirmed that he would be active in the January transfer window.

“We’re going to try to be in the market to see options that can strengthen the team,” Arteta told reporters.

“My obligation is to give my opinion and see if there are things we can improve. We have some bad injuries, like Calum a few days ago, and that’s going to change our plans at the back but the reality at the moment is that we are not going to be able to do much.”