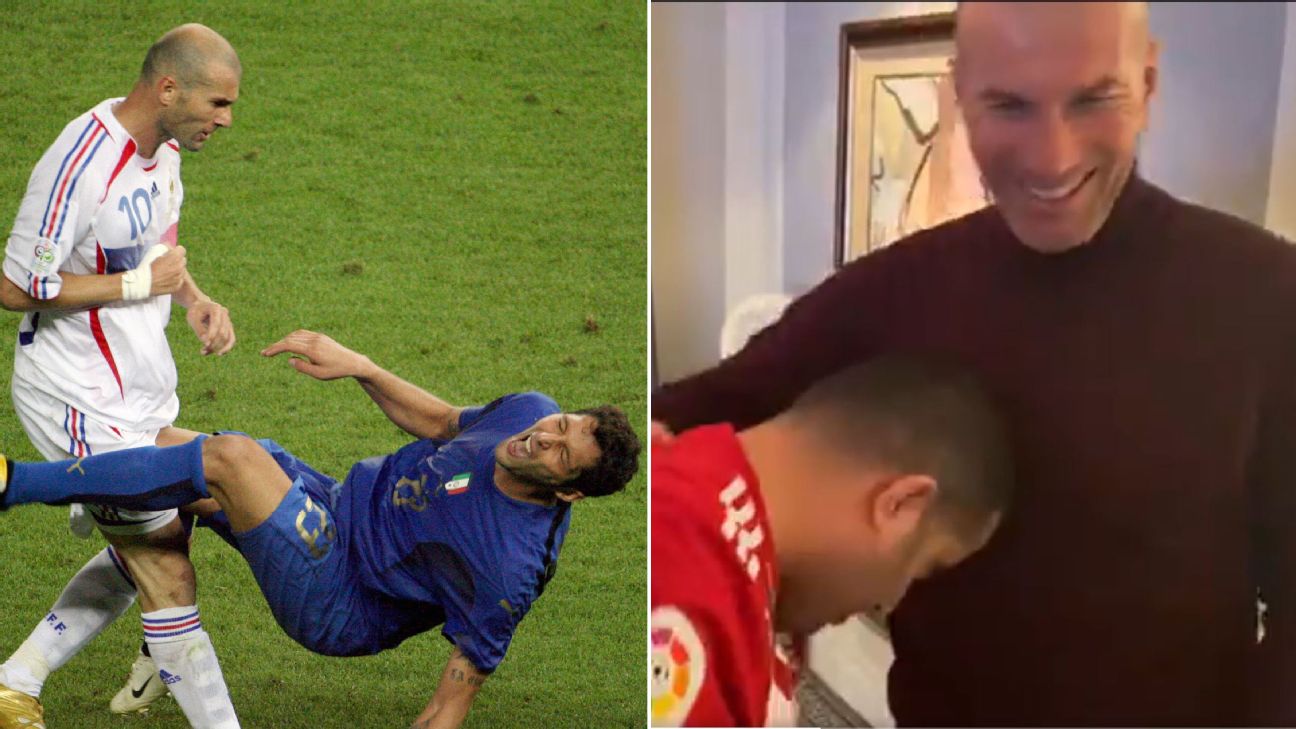 As far as Spanish football club owners go, UD Almeria president Turki Al-Sheikh is proving he’s a little different to the rest of the crowd with his social media antics.

The Saudi, who holds the post of Chairman of the General Entertainment Authority in his homeland, enjoys welcoming the great and the good of the football world when they come to town.

Back in November, he welcomed Lionel Messi and the Argentina squad to his home before their international friendly against Brazil in Riyadh, and the Barcelona star spent much of the weekend hanging out at Casa Al-Sheikh.

Now he has crossed the Clasico divide by hosting a meet and greet with Real Madrid head coach Zinedine Zidane, who is in the country for the four-team Spanish Super Cup tournament that kicks off in Jeddah on Wednesday.

In the presence of the former France and Madrid great, Al-Sheikh couldn’t resist the opportunity to recreate the infamous headbutt in the 2006 World Cup final which saw Zidane’s career end in ignominy.

Al-Sheikh even tagged Marco Materazzi, the original recipient of Zidane’s rutting stag impression, into the tweet, quipping “It was hard, no? Arab blood!”

Materazzi responded to the clip with both a jovial reply in text form and a far less enthusiastic video, saying “Boss, how are you? I hope to see you soon.”

The meeting was also attended by Almeria coach Guti, a former teammate of Zidane’s at the Bernabeu. Zidane even bestowed Al-Sheikh with a signed Real jersey.

“See you in La Liga, Zizou,” Almeria, who are pushing for promotion up from Spain’s second tier this season, posted on their Twitter account.

Will they make an ambitious pitch to unite Zidane and Messi at the Estadio de los Juegos Mediterraneos? Watch this space…

– Stream “Alex Morgan: The Equalizer” on ESPN+ in the U.S.

Alex Morgan has once again proven her superhuman credentials by making a mockery of a training session while six months pregnant.

The USWNT star shared a video on her Instagram of her controlling passes and firing shots into the top corner, along with the caption “She’s still got it.”

The couple revealed in October that their baby girl is due in April 2020, right around the time the 2020 NWSL campaign kicks off. Don’t bet against her returning to play for Orlando Pride before the end of the season.