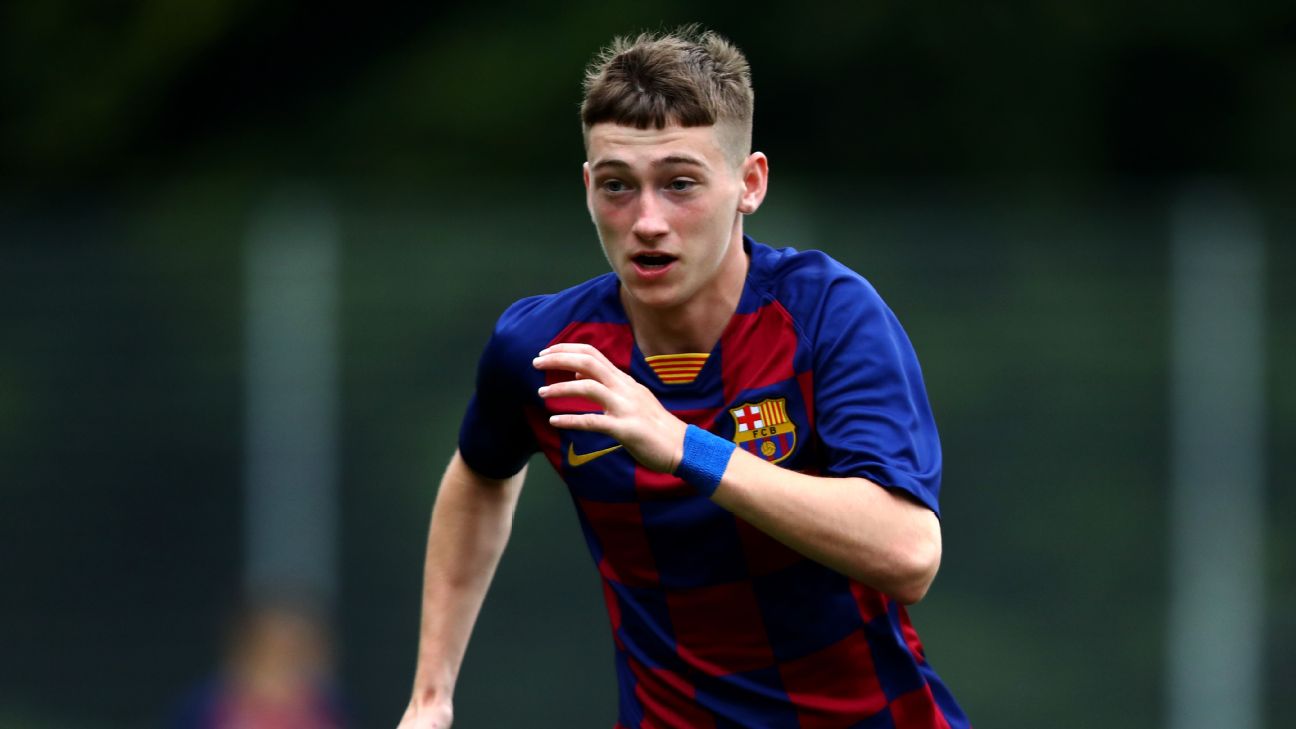 Barcelona and Aston Villa have reached an agreement for Louie Barry to return to England just six months after he joined the Spanish champions from West Bromwich Albion.

There had been interest from several Premier League clubs, including Liverpool and Manchester United, but Villa has been Barry’s first-choice destination since the decision was made to leave Barca at the end of last year.

Villa’s academy is now run by Mark Harrison, who helped nurture Barry at West Brom, and the Barry family are lifelong Villa supporters.

Barry will begin with the U23s at Villa Park, but one source at the club has described the move as “the biggest deal” the club will make this window, and a Premier League debut before the end of the season is a possibility.

Barca beat off competition from Europe’s biggest clubs to capture Barry last summer. The England youth international turned down far greater money on offer at Paris Saint-Germain in order to push through a move to Camp Nou.

However, Barry’s time in Spain has featured more downs than ups. He excelled in preseason for the club’s U19 team as part of an attack that also featured Ansu Fati and Ilaix Moriba, but was unable to make his competitive debut until October due to a delay in processing his registration with FIFA.

Barry scored on his full debut and added another goal off the bench in a league game in December, but has found minutes hard to come by. He has not yet completed 90 minutes.

Coach Franc Artiga, who replaced Victor Valdes on the bench before Barry was eligible to make his debut, has preferred to use the older players in the squad. Barry, who is not 17 until the end of June, is the youngest player in the U19s by some way.

Sources close to the player have bemoaned broken promises on Barca’s behalf, saying the club have backtracked on a pledge to give Barry regular game time in a central attacking position.

Those same sources told ESPN they never asked for Barry to play for the U19s and would have been happy for him to play for the U17s, where he would still have been one of the youngest players. Barry even asked Artiga if that would be possible in order to build up game time.

Sources at Barcelona said they feel Barry, who became the first Englishman to ever live at La Masia, should have shown more patience. They suggested it was always going to take time for him to adapt to his new surroundings, learn the language and get familiar with the side’s way of playing.

In the background, Barca have also been in a dispute with Barry’s former club West Brom. They have still not paid the development rights the English side believe they are due. Barca have said FIFA should decide if the Catalan Club have to pay the rights.

Their argument is based on a claim that the contract West Brom offered does not carry weight internationally.

All of those factors contributed to Barry’s camp pushing for a January move away from Barcelona, with the club reluctantly opening the door to a departure on the premise that they could recoup what they had invested in him.