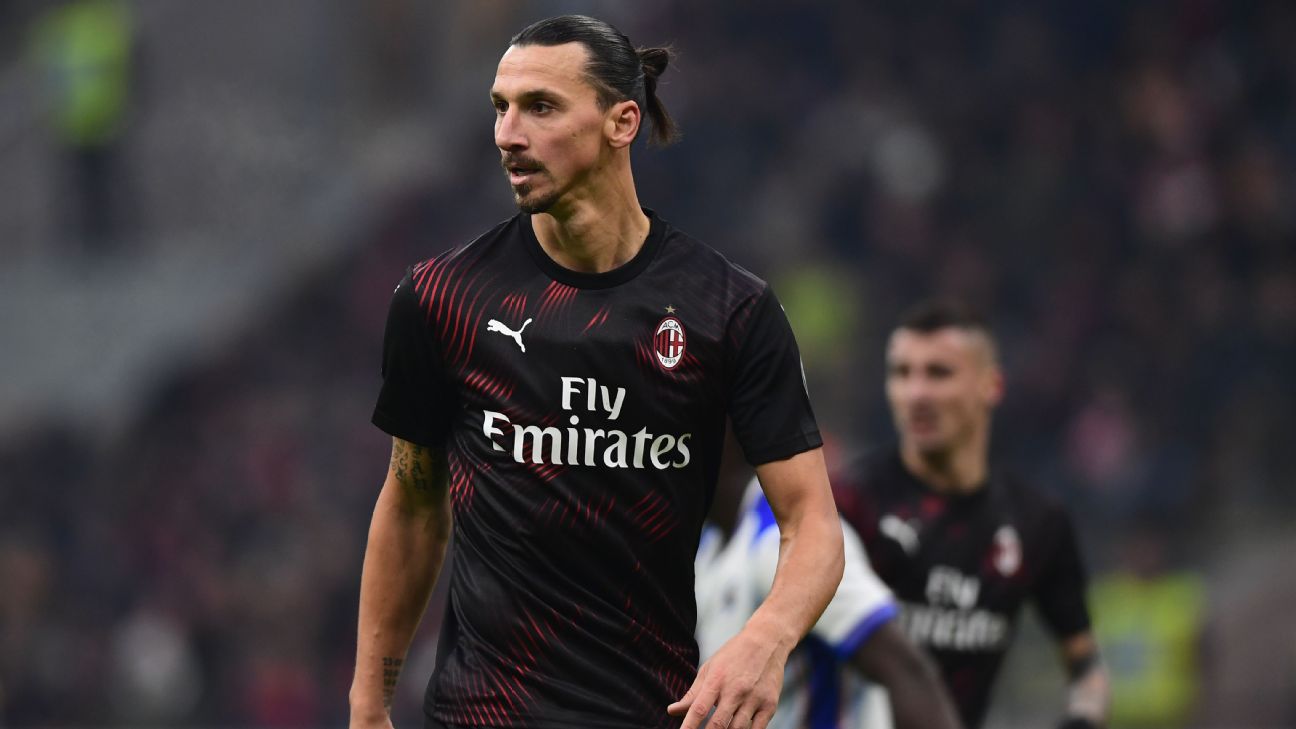 A year ago, Zlatan Ibrahimovic was deciding whether or not to stay in MLS. He had plenty of offers, including one from Milan, and ultimately decided to remain in Los Angeles for another season. But that didn’t stop him taking a look around and judging the decisions of his contemporaries. When asked about Cristiano Ronaldo and the choice he made to leave Real Madrid for Juventus rather than, let’s say, a team in China or Qatar, Ibrahimovic produced a zinger of a sound bite.

“Ronaldo talks about challenges, but he decided to go to a club who have been winning the Serie A title with their eyes closed,” quipped the inimitable Swede. “Why did he not choose a club from a second division a few years ago? Try to become a champion with such a second division club and lead them to the highest level. Moving to Juventus is not a challenge at all.”

When this thinking is applied to Ibrahimovic’s latest move, what challenge do Milan present?

The Rossoneri are no second-division team, of course, but they haven’t won the league since selling Ibrahimovic (against his will) to Paris Saint-Germain in 2012. They haven’t played Champions League football in six years. Looked at one way, Ibrahimovic’s sale marked the beginning of a decline Milan have tried and failed to halt. As he stood holding up the No. 21 shirt in Milan on Friday, a meme was being prepared highlighting how it is also the difference in points between them in the Serie A doldrums and Juventus and Inter at the top.

Milan remain in the bottom half of the table following Monday’s 0-0 draw with Sampdoria, in which Ibrahimovic as a second-half substitute (stream the replay on ESPN+ in the U.S.). They sacked Marco Giampaolo at the beginning of October, and things have not dramatically improved since Stefano Pioli replaced him. Milan went into the winter break on the back of a 5-0 hiding from Atalanta, the club’s worst defeat in more than two decades. And yet, Milan initially pushed back on the idea of re-signing Ibrahimovic. For a start, he didn’t fit the club’s recruitment policy. Every player acquired in the past two transfer windows has been 25 or younger, and the decision to appoint Giampaolo as manager in the summer was made due to how he developed and added value to players at his previous team, Sampdoria.

For a club without a privately owned stadium and lacking access to Champions League revenue, bringing in money from player sales while simultaneously making the team more and more competitive had to become a bigger part of the business. But it quickly became apparent that this Milan team — the youngest in Serie A — is too green and lacks both a charismatic leader and goals. This creeping realisation changed the discourse around signing Ibrahimovic: With every Krzysztof Piatek missed chance, every toothless 0-0 game and every one-goal win that felt nervier than it needed to be because of the lack of a clinical, confident striker up front, it became harder and harder for Milan to justify turning down their former talisman when the opportunity presented itself.

As Ibrahimovic revealed at his news conference, “The calls increased after the Atalanta game.”

Milan’s attack ranks 16th in Serie A. They are averaging less than a goal a game, and the team’s expected goals (xG) is not much better. Mid-table at just 25, it is inferior to even a promoted side like Lecce. It isn’t like Milan are just struggling to score, either; creating chances is an issue too, meaning Ibrahimovic will have to play as the No.9 and the No.10 in red and black.

“If I don’t score, I make assists or do other things to help the team,” he explained.

The question now is: Can Ibrahimovic still match up with expectations? This deal could have been done earlier, and the fact it wasn’t reflected Milan’s reluctance to pay a 38-year-old close to what he might have demanded while in his prime a decade ago. As the club’s technical director, Paolo Maldini, outlined prior to the 0-0 draw against Sassuolo, “The longer it goes on, the harder it becomes [to go through with the deal]. [Ibrahimovic] played his last game on Oct. 28.”

As someone who played into his 40s, Maldini is better placed than anyone to appreciate the need for physical preparation in order to meet standards and be effective — particularly when in Ibrahimovic’s case, he only is 2½ years removed from a knee injury that threatened to end his career. Ibrahimovic himself admits he hasn’t kicked a ball for two months and needs to get to know new teammates, a new coach and reacclimatise with a league that is more competitive than MLS.

“Clearly, I can’t play like I did when I was 28,” Ibrahimovic said, “but I know what I can do. You mustn’t overdo it when you play. Instead of running, you can shoot from 40m.”

And Ibrahimovic, let’s face it, can score from there with the best of him.

Milan need him to make an impact as big as it is instant. The two strikers available to Pioli — Piatek and Rafael Leao — have scored one goal apiece from open play. The team’s top scorer with four goals is left-back Theo Hernandez. Already off the mark in a friendly against Rhodense but making a mixed return to Serie A in Monday’s uninspired 0-0 draw versus Sampdoria — albeit with a hero’s welcome — the hope is the goals come back quickly for Ibrahimovic in games of consequence.

Milan need a bit of magic to turn their season around. They need some Ibracadabra.