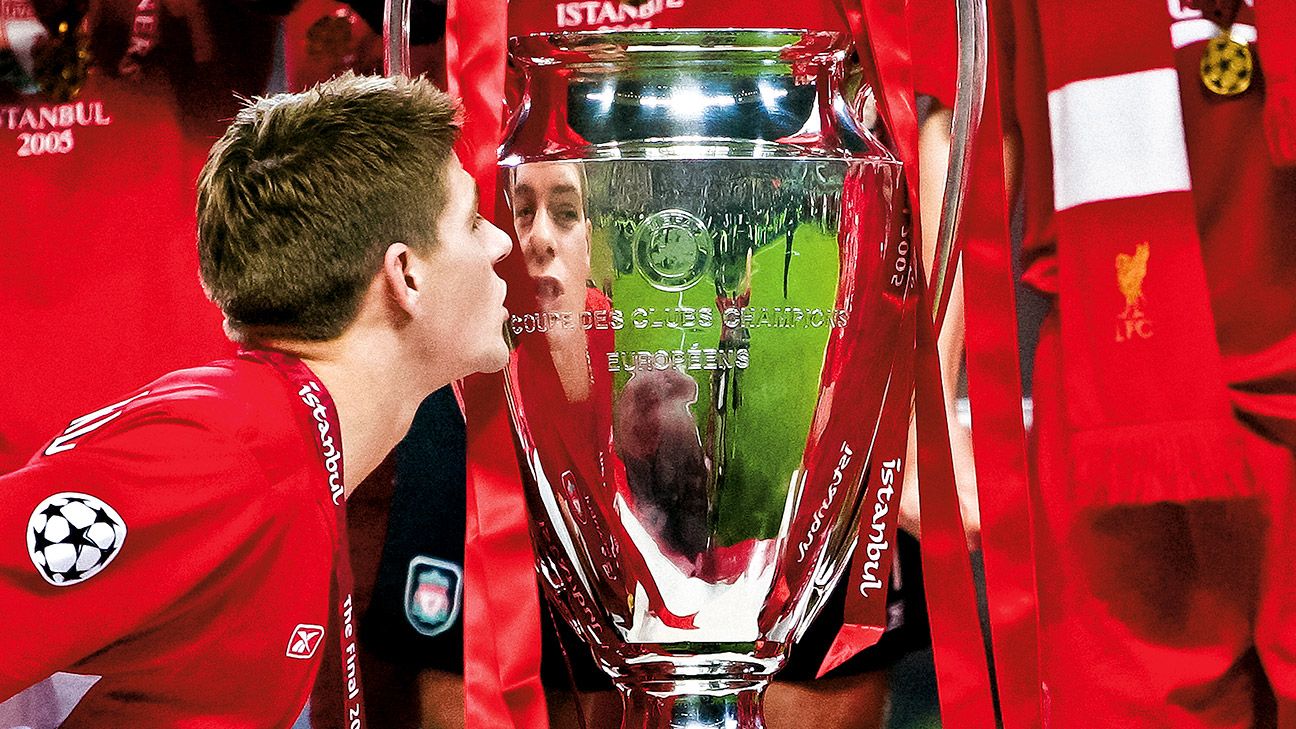 Liverpool legend Steven Gerrard has said he had trials with Manchester United as a youngster but always knew he wanted to play at Anfield.

Gerrard spent the majority of his playing career at Liverpool before leaving in 2015 to play for LA Galaxy in Major League Soccer.

The former England international clashed regularly with bitter rivals United throughout his career but he told the Jamie Carragher podcast it could have been different had Sir Alex Ferguson signed him as a youngster.

“It was strange really because I had a lot of letters coming at the time to go and try different places: Everton, United, Palace, West Ham to name a few,” he said.

“I think my dad was maybe trying to push Liverpool in a roundabout way, now looking back. Like ‘what’s going on are you going to offer them something or what?’ type of thing.

“I think Liverpool knew I was always going to stay there but yeah I went and just tried them [United] because I thought I’m not signed up with anyone.

“I’m just on a rolling year contract at the time. I wanted to know what West Ham was like, what Everton was like and United was like, just to compare to where I was. I always knew I was going to stay at Liverpool long term.

“I played in a game for them [United]. Wes Brown was centre back.”

Brown went on to play for United and won five Premier League titles, two FA Cups and two Champions Leagues. Gerrard won the FA Cup twice and the Champions League during a 17-year spell at Liverpool, although a league title eluded him.

Now in charge of Rangers in Scotland, Gerrard has been touted as a potential future Liverpool manager when Klopp leaves the club. Klopp, who lifted the Champions League with Liverpool in 2019, signed a new contract in December which takes him until 2024 – the same year Gerrard’s deal at Rangers expires. He has previously spoken of his desire for Gerrard to replace him at the club.

Gerrard, who previously managed Liverpool’s Under-18s, added: “I wouldn’t take the Liverpool job just because of what Jurgen said. I’m quite mature enough to know I have to be ready for the Liverpool job.

“I’m in no rush to try and jump. I think, for me, there’s a realisation that if it’s going to happen it’ll happen. The job offer will come at some point.”