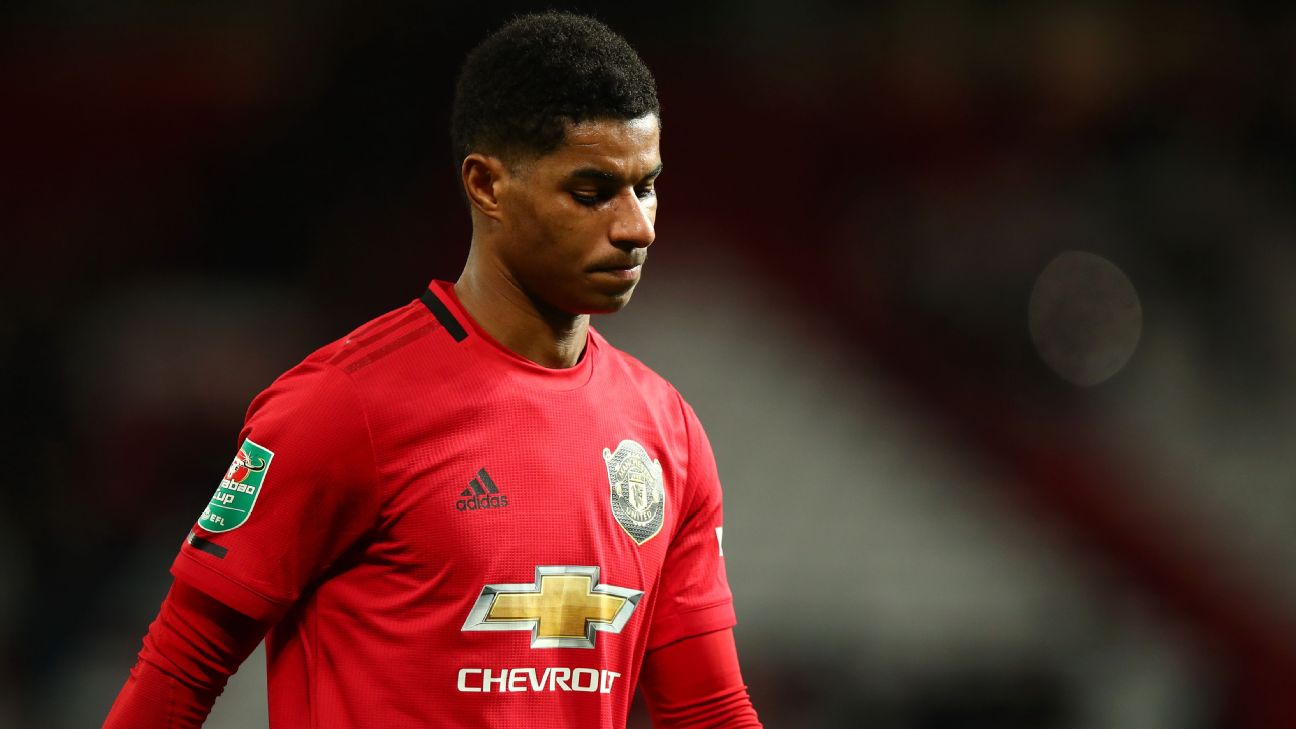 Marcus Rashford has said the dire first half performance during the defeat to Manchester City fell well short of the standards expected at Manchester United.

Manager Ole Gunnar Solskjaer branded the first 45 minutes of the 3-1 Carabao Cup semifinal first-leg defeat on Tuesday night as his worst of the season.

Rashford pulled no punches either and promised a reaction when Norwich visit Old Trafford in the Premier League on Saturday.

“We were way off the tempo,” Rashford said. “They changed a little bit and brought more players deeper than the last time we played against them.

“On the pitch we have to adapt. We have to try to control the situation better than the way we did. The first half wasn’t a Man United performance but the second half we showed character and courage and it was more like us.

“We move on to Norwich now and try to get a good performance, three points and some positivity back.”

City are within touching distance of their third successive Carabao Cup final after a blistering 22-minute spell in the first half that saw Pep Guardiola’s side score three times and miss a host of other chances.

Rashford’s 17th goal of the season — in just 29 games — has given United hope of producing a famous comeback at the Etihad Stadium in three weeks’ time but the England forward said credit should go to goalkeeper David De Gea.

“It’s not the goal [that kept us in it], it was the saves,” Rashford said. “David was excellent and that’s the reason we’re still in the tie.

“We have to put this game behind us as soon as possible and move on to the Norwich game and hopefully get a positive performance and three points.

“It makes it doable but to be honest our minds aren’t on the second leg. I think it’s important to switch the focus to the Premier League and we need to play against Norwich and win the game.”

In the absence of Ashley Young and Harry Maguire, Rashford was handed the captain’s armband for the first time on his 199th United appearance.

The 22-year-old was one of the only players to emerge from the game with any credit and he demanded an improvement against Norwich.

“Whether you have the armband or not you have to put that responsibility on your own shoulders and try to show yourself as a Man United player,” Rashford said. “In the first half we didn’t do that but in the second half, we did.

“Nobody wants to lose. Nobody started playing football to lose games. I don’t think that’s the problem. I think everyone knows that we want to win and that the team is fighting.

“We have to continue to do that. Everything can improve a lot. We’re probably only showing half of what we can do as a team. We need to keep fighting to find that extra percentage that will win us games.”