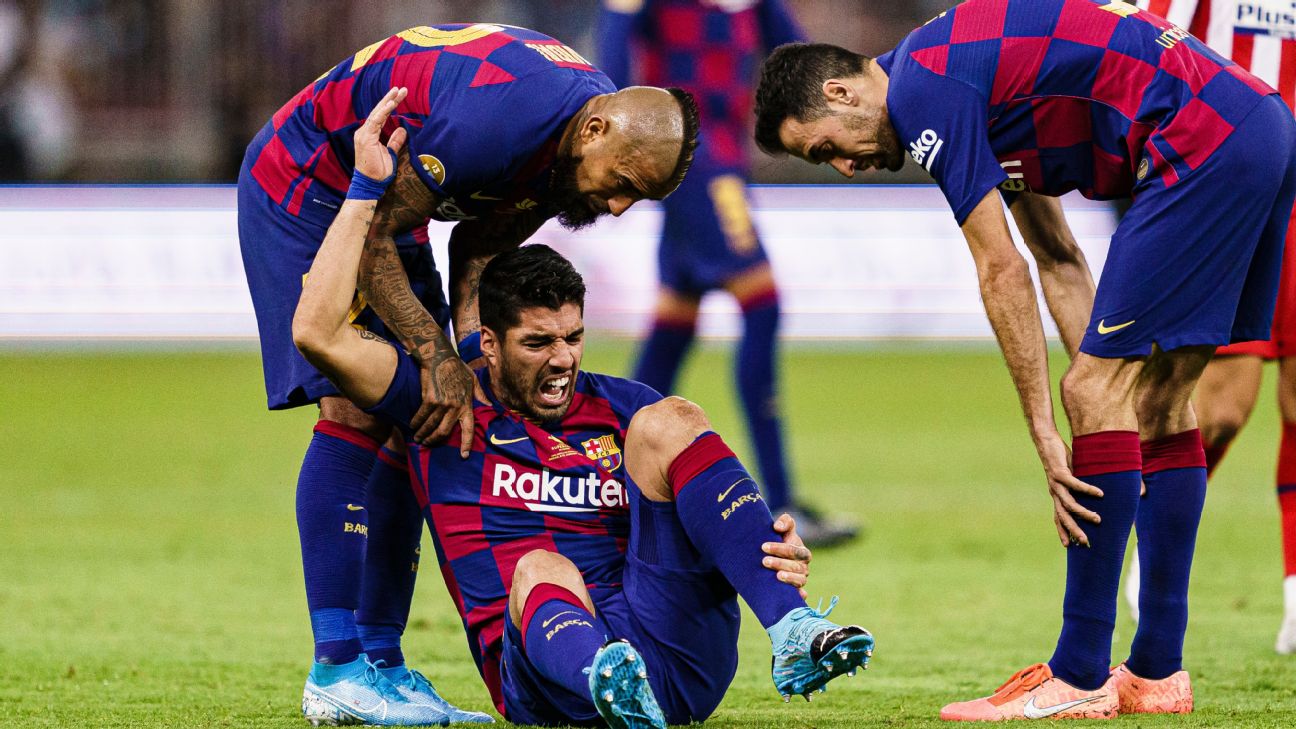 Luis Suarez will have an operation on his knee on Sunday with the Barcelona forward expected to be out between four and six weeks.

Suarez, 32, has been managing a meniscus issue for a while and, along with the club, has decided he will undergo surgery now in the hope of being fully fit for the Champions League game against Napoli on Feb. 25.

Doctor Ramon Cugat, who regularly works with Barca and Manchester City players, will carry out the operation this weekend in the Catalan city.

It is the second time in less than a year that Suarez has been forced under the knife. He also had surgery on his knee last May, which meant he missed the Copa del Rey final but was fit for Uruguay’s Copa America campaign.

The striker’s form has not suffered as a result of the injury. He was recently named La Liga’s Player of the Month for December and has either scored or assisted 16 goals in his last 10 games.

However, he has decided to seek help now in the hope of being fit for the final phase of the season. Barca travel to Italy to face Napoli in the round of 16 of the Champions League at the end of February and then meet Real Madrid in La Liga on March 1.

In the meantime, Barca will have to do without Suarez for a run of games in La Liga and the Copa del Rey, starting with next weekend’s match against Granada at Camp Nou.

Barca coach Ernesto Valverde will likely use either Antoine Griezmann or Lionel Messi through the middle in his absence, with youngsters Carles Perez and Ansu Fati offering options on the wings.

Barca are also missing Ousmane Dembele. The France international is in Qatar recovering from a hamstring problem and is expected back at the beginning of February.

The Blaugrana will return to training on Monday after being handed three days off following Thursday’s Spanish Supercopa semifinal defeat against Atletico Madrid in Saudi Arabia.