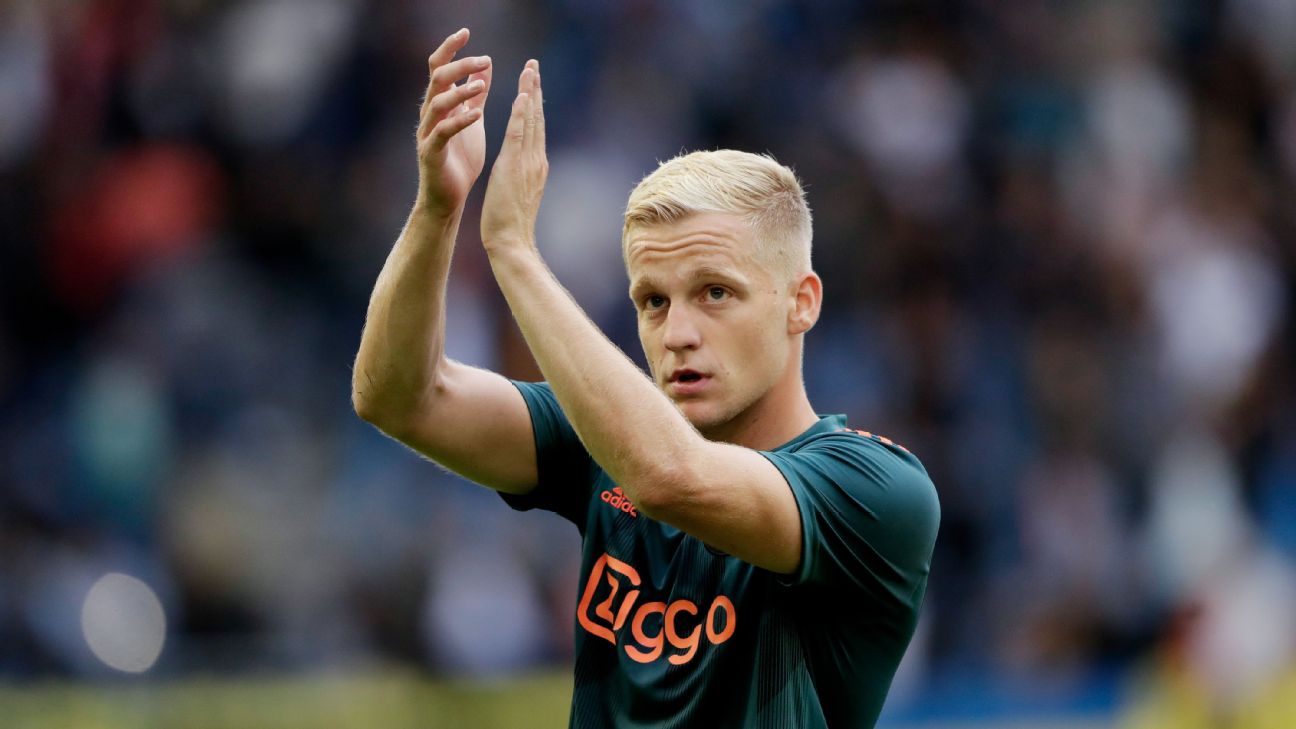 Donny van de Beek has ruled out a January move to Manchester United, with the Ajax midfielder insisting that he will stay with the Dutch club at least until the end of this season.

United manager Ole Gunnar Solskjaer had identified the Netherlands international as a potential solution to the Old Trafford club’s determination to bolster their midfield options during the January transfer window.

With Ajax suffering elimination from the Champions League at the group stage last month, sources told ESPN that the United hierarchy were confident that the Dutch club could be persuaded to sell the 22-year-old this month.

Real Madrid are also monitoring the £50m-rated Van de Beek, who has scored eight goals in 26 games for Ajax this season.

But speaking after Ajax’s friendly against Club Brugge in Qatar, Van de Beek made it clear that he will not leave the Amsterdam club in January.

“It is not that I can or want to do something at the moment,” Van de Beek told FOX Sports Netherlands. “I have said it before and I will say it again: I will remain at Ajax this season. And maybe next season as well.

“These reports about Real Madrid or Man United are a good sign, but it is not important now. I’ve said I will stay at Ajax and I will do so for 100%.”

Despite making it clear that he will not leave the Johan Cruyff Arena this month, Van de Beek has not ruled out a summer move to United.

But when asked whether he could see positives and negatives in a move to United, a club which is currently struggling to rediscover their former glories, Van de Beek admitted that both apply.

“Yeah, you’re right,” he said. “You can look at it like that. It is not something that is in my mind right now, but what you say is true.”