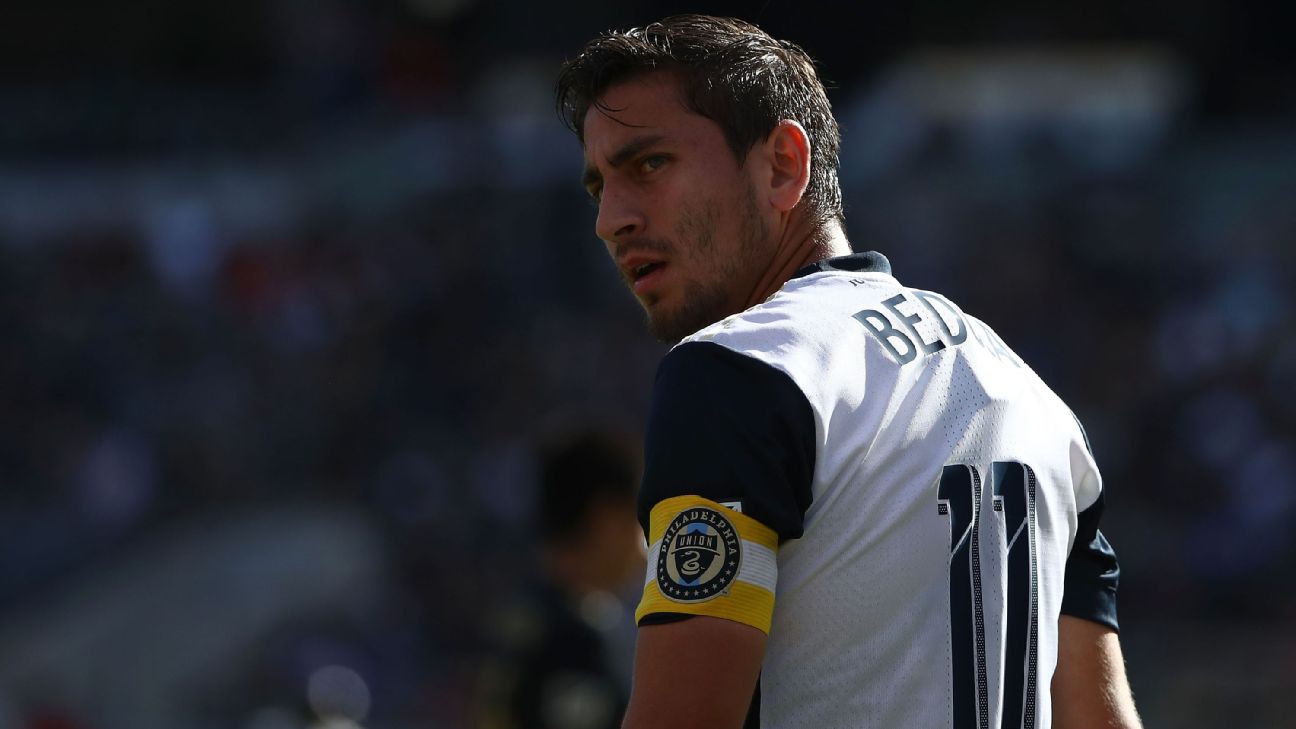 Philadelphia Union and former U.S. men’s national team midfielder Alejandro Bedoya said that some of the players on the USMNT squad are “lacking confidence” as it begins to eye 2022 World Cup qualification.

Bedoya, 32, has 66 international caps for the U.S. although he has not been called up since 2017. But Bedoya had a frank assessment on Gregg Berhalter’s squad as it tries to return to the World Cup after it failed to reach Russia in 2018.

“We are coming to a stage where some guys are lacking confidence after the debacle we had [in 2018], not qualifying,” Bedoya said. “Sometimes I see it little bit too naive I guess, trying to play a certain system.

“If I’m being honest, everyone wants to play like Barcelona, tiki-taka. Playing the [2019 Gold Cup final] against Mexico, you could see our centerbacks playing behind the goalkeeper at times, trying to play out the corner flag. For me, that’s just too naive.”

The U.S. will compete in the inaugural CONCACAF Nations League in June with World Cup qualifying set to begin in September, but Bedoya is hesitant to say whether the U.S. has improved since he last played with them.

Bedoya joined Philadelphia in 2016 after playing in France, Sweden and Scotland, with the Union finishing third in the Eastern Conference standings last season.

Bedoya, who serves as one of the representatives of the MLS Players Association, said that negotiations for a new collective bargaining agreement are progressing. The current deal expires on Jan. 31 and Bedoya expressed some frustration on the talks.

“Sometimes it’s like that. It is what it is. Just like, I guess sometimes it can be tough for us to get all the players aboard, I guess ownership groups are so busy doing their own businesses and their own lives,” he said.

“So maybe it’s tough to get all their members to agree on certain things and with their lawyers, but yeah, we would like there to be quicker responses, but obviously, it’s all part of the process and the negotiations.”

Information from ESPN’s Jeff Carlisle was used in this report.